Running through Saturday, the Reykjavík International Literary Festival is a biennial player in world publishing focused on an immersive, human-scale exchange of ideas and commentary.

One reason you may not have heard as much about the Reykjavík International Literary Festival is that Bókmenntahátíð í Reykjavík is biennial. And although that schedule helped it step around a 2020 iteration, the 2021 program was delayed from April dates to this week. It runs from Wednesday (September 8) to Saturday as an in-person physical event with its programming streamed online.

Another key feature of this gathering is that in a time of events in world publishing and the international book business that describe themselves as “the biggest,” with hundreds of speakers (that’s not an exaggeration) and long hours of multi-tracked programming, the Reykjavík festival uses the term “cozy venues.”

Attendees are asked, and even urged, to immerse themselves in the several days of the life of the festival, interacting with topical discussions, living contributing to the evolving discussion.

The festival’s director, Stella Soffía Jóhannesdóttir, recalls having the American humorist and author David Sedaris on the program years ago. Accustomed as he is too huge halls holding thousands of fans, he was wide-eyed at the intimacy of a space like that of the elegant IÐNÓ Culture House festival room.

“He’s used to reading before, what, 3,000 people?” she says with a laugh. “He came and was reading in front of 50 people. He said, ‘Wow. This is amazing.’ He was really thrilled with the experience.”

Jóhannesdóttir: ‘In Their Own Languages’ 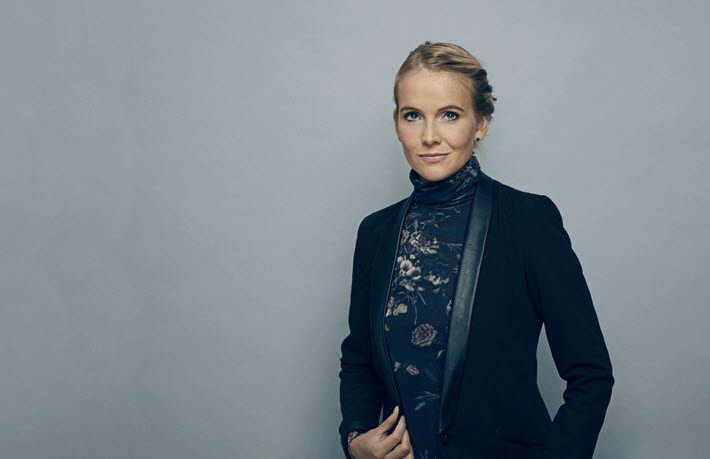 The festival features both day and evening programs, the latter taking advantage of the bright nights of late-summer Iceland. Indeed, a “Moon-Night XIII” session is planned for Wednesday evening at 9 p.m.

“We do it mostly in panels and discussions, Jóhannesdóttir says, “and we focus on having moderators” who are considered particularly important in the Reykjavík concept, carrying the program from session to session.

On the final afternoon of the festival, September 11, the Icelandic prime minister, Katrín Jakobsdóttir, will award the Halldór Laxness International Literary  Prize for a second time. This young award honors authors whose work “contributes to a renewal of the narrative tradition” which was cited as a basis for Halldór Kiljan Laxness’ win of the Nobel Prize in Literature in 1955. The winning author then gives the Halldór Laxness lecture.

This year, coronavirus COVID-19 pandemic regulations will require festival participants “to wear masks when we’re in the venue,” Jóhannesdóttir says, “but that’s fine.”

Those entering the country from abroad are required to show certification either of full vaccination or of a previous COVID infection and recovery. Most airline passengers may also be required to have a negative PCR or antigen test within 72 hours of arrival. If you’re going, be careful to check updating requirements as new European Union guidance on travel from parts of the world with high viral loads went into effect on Monday (September 6) and may impact regulatory requirements at borders.

Between now and then, Jóhannesdóttir’s programming features authors including:

This year recognizes two decennials, each of which drew distinctively valuable attention to Iceland and its culture.

One acknowledges the 2011 designation of Reykjavík as the first non-native English-speaking city UNESCO designated as a City of Literature. The Icelandic capital was the fifth of those urban centers to capture the honor, following Edinburgh, Melbourne, Iowa City, and Dublin. A book gathering of 14 local authors’ essays is at the heart of the anniversary event on Thursday (September 9) at 5 p.m., and is being released by Benedikt Publishing in cooperation with the City of Literature framework.

And prior to that on Thursday, at 3:30 p.m. at the Nordic House, a discussion on Icelandic literature abroad will acknowledge the 10th anniversary of Guest of Honor Iceland at Frankfurter Buchmesse. Titled in 2011 Sagenhaftes Island (Fabulous Iceland), the project produced a substantial boost in international visibility and attention in Germany, of course. In the session on Thursday, it now becomes a focal point of examination, the program asking itself what was learned and how it helped to promote the place and character of Icelandic literature to the world industry.

Buchmesse president and CEO Juergen Boos will be on hand, as will Mountain Leopard Press publisher Christopher MacLehose.

Also featured in the session will be Regina Kammerer, publisher at BTB Verlag and Luchterhand Literaturverlag; Tina Flecken, translator of Icelandic literature; and Halldór Guðmundsson, the project manager of Sagenhaftes Island.

That event will be moderated by Thomas Böhm and hosted by Jóhannesdóttir, herself. 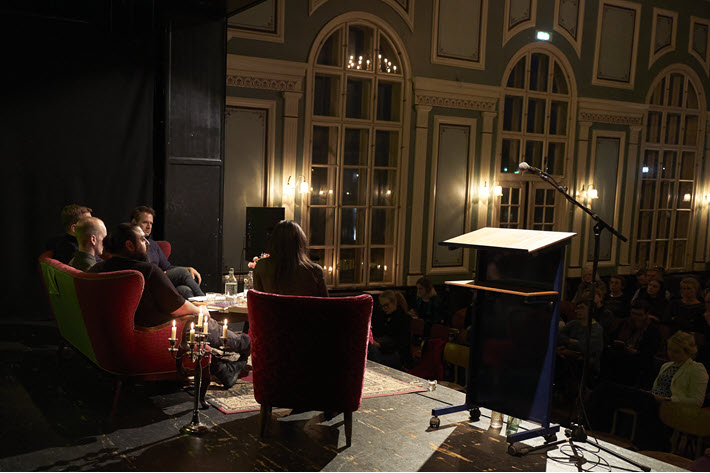 When not focused on producing the festival, she’s the publishing project manager with Jonas Tellander’s Storytel, its Iceland iteration, and readily conversant on trends in translated literature.

She’s also a graceful conversationalist, quick to laugh, and clearly devoted to the special quality of what sets her festival apart from many others.

“We think it’s important to listen to authors read their texts in their own languages,” she says. “So you get to hear all these different languages, and we have translations going on.”

She likens the closeness of the event, that sense of a warm, rolling discussion, to that of the four-day Louisiana Festival of Literature in Humlebæk, north of Copenhagen.

“Our authors and all our participants stay for days,” she says, “so we create a very unique atmosphere among the authors, and also among the readers, those who attend the festival. They get to be very close to the authors and talk with them.”

And one of the key points of programming Jóhannesdóttir is most proud of is her international Reykjavík Fellowship Program, bringing 12 professionals to Iceland for the duration of the festival. This year’s group represents Germany, Denmark, Finland, France, Ukraine, the United Kingdom, Norway, and the Netherlands.

“I have a feeling that publishers’ fellowships are becoming more important than ever now,” she says, “especially with so many book fairs being canceled. Since 2000, we’ve organized this fellowship at this festival, always international publishers. It has become exceedingly popular. In the beginning, it was by invitation only,” not unlike programs based in Finland’s FILI operation and in Denmark.

“We’ve decided now that publishers can apply for the fellowship,” so they can signal their interest and move into a position to be included.

“I was in the Frankfurt fellowship four years ago,” Jóhannesdóttir says. “I loved it, oh, my God,” she says with a grin. “We still talk every single day.” 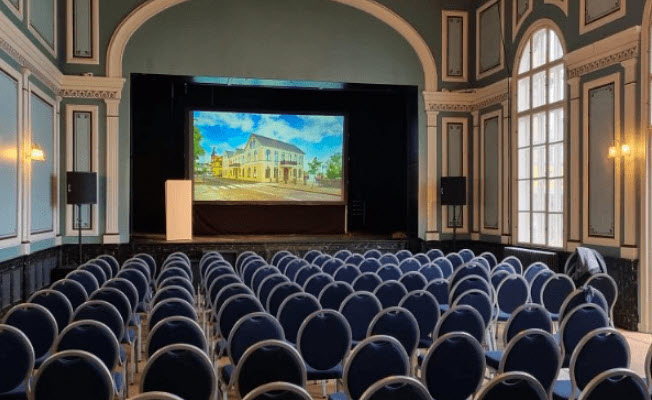 The Festival Hall at Culture House, one of the venues of the Reykjavík International Literary Festival. Image: IÐNÓ

Federation of Indian Publishers is presenting the 41st Annual Awards.