Every year, November 26 is observed as Constitution Day to commemorate the contributions made by Dr. B R Ambedkar, the Chairperson of the Drafting Committee, whose crucial role in devising the Indian Constitution has been indelibly carved in history.

The Constitution Day reminds us of our duty to uphold the integrity of the Preamble, which stands for Sovereign, Socialist, Secular, and Democratic Republic.

On the occasion of Constitution Day, we've curated a list of the top six books for you to read to be well-versed in the Constitution of India.

Composed by Dr Subhash C Kashyap, who has spent a lifetime practicing and studying the constitution, this book profoundly discusses the role and functionality of the Indian Constitution. It thoroughly examines each article and clause and includes a review section where readers can review constitutional practices.

This book provides a comprehensive take on the rules and laws that define the existing political system in India.

Widows of Vidarbha: Making of Shadow by Kota Neelima

This book offers a poignant take on the functionalities of the preambles of the Indian constitution and consists of the personal account of the widowed wives of farmers who committed suicide owing to the agrarian crisis in India.

It extensively traces the cases of farmers' suicides committed between 2011 to 2014 and outlines the discrepancies and loopholes in the administration system.

India's Founding Moment: The Constitution of a Most Surprising Democracy by Madhav Khosla

Madhav Khosla's book, India's Founding Moment: The Constitutions of a Most Surprising Democracy, examines the historical context of the devising of the Indian democracy and is a vital contribution to our understanding of the development of modern India.

Imperial ideology has been the subject of numerous writings. Contrary to popular belief, the author contends that India's founding moment was a paradigmatic democratic experience of the twentieth century, refuting the claim that it was historically insignificant. 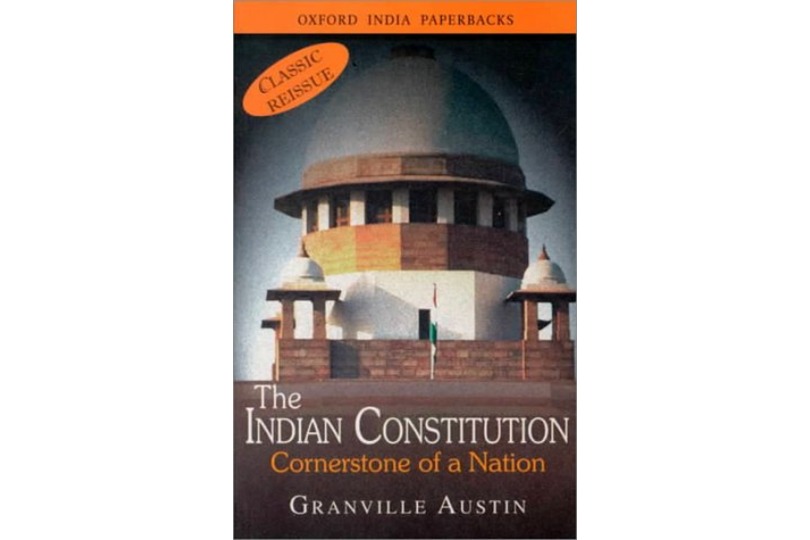 The Indian Constitution Cornerstone of a Nation by Granville Austin

Penned by Granville Austin, this book explores the political setting in which the Constituent Assembly functioned and vividly highlighted the practical politics that resulted in concession and decision.

It demonstrates how the constitution has influenced societal change and modernization. The author argues that it comprises the solutions to the existing and future problems within its pages.

Republic of Rhetoric: Free Speech and The Constitution of India by Abhinav Chandrachud

This book is an insightful examination of the development of Indian free speech law. Its fundamental hypothesis is that the 1950 Constitution had little to no impact on the free speech regime during colonial authority.

This historical "no difference" argument has been used to argue that our current free speech rights are insufficient; thus, the assertion made in the title: 'Republic of Rhetoric' in terms of free speech.

The Emergency: A Personal History by Coomi Kapoor

The book traces the horrific cataclysms that transpired over 21 months during the Indira Gandhi Emergency.

This meticulously researched book sheds light on the mass arrests of even minor opposition political figures, the denial of fundamental rights and freedom of expression, blatant extortion, torture of prisoners, and extreme measures to implement family planning and slum expulsions in the year 1975.

The constitution is not just a set of laws that must be adhered to; rather, it is an assemblage of ideas, obligations, commitments, and policies established by and for the Indian people to uphold justice and equality for all of its citizens in the young, free country.

This extensive list of books will assist you in acquainting yourself with the Indian Constitution and its practical implementations.

5 Books You Need To Read In May

5 Poetry Books You Should Read In Your Lifetime

Reasons why we should gift books