AJ Thomas is an Indian English poet, fiction writer, translator and editor. He translates poetry, fiction, drama and non-fiction prose from Malayalam to English, with over 20 titles to his credit. His noted contributions include Germination (1989), Aagaami Pal Ka Nirman (2010),  Bhaskara Pattelar and Other Stories (1993), Reflections of a Hen in Her Last Hour and Other Stories (2000), both Paul Zacharia’s story-collections in translation,  Like a Psalm (translation of Perumpadavam Sreedharan’s acclaimed novel Oru Sankeertanam Pole that sold over 350,000 copies in Malayalam), among others. 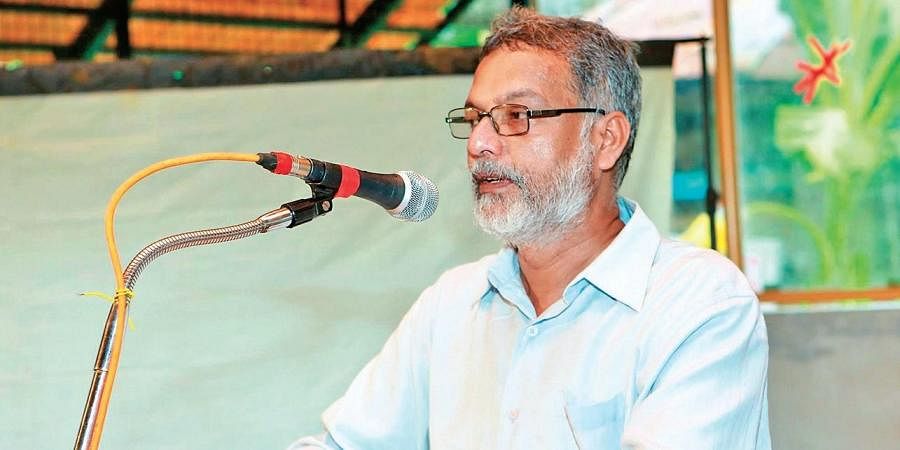 What is your writing schedule?  I like to write early in the morning at 4:00am and finishing by 7:00am, but it doesn’t happen that way often. Then I will burn the midnight oil, like many other writers. Does writing energise or exhaust you? Writing lifts my spirits. It empties me; it exhilarates me.  But I do suffer the exhaustion from the very act of writing. Writing advice would you give to your younger self? Keep writing until you are satisfied with what you have written. Keep the first draft to cool off, as it is hot from the oven. Then you can do the polishing. But the main structuring etc.,would have been done in the first attempt itself. What are your favourite books? Ezchuttacchan’s 16th-century work, Adhyatma Ramayanam Kilippaattu in Malayalam, is something I go back to regularly. All the modernist and after-modernist poets and fiction-writers of Malayalam are my favourite writers. The English Romantic poets, along with translations done in regional languages, have impressed me. Women poets like Anamika, who lives in Delhi, are very active in furthering the cause of women writers. Literary success vs number of copies sold? Number of copies sold is no mean thing! One should not keep the market in mind while writing. Favourite spot/s in Delhi you write at? My own study is the best place. But a lot of spots all over Delhi have inspired me. I made a one and a half-hour presentation on Delhi, poetic prose interspersed with my poems on this city. These lines are from my long poem, 'Delhi 1995-2010': Indeed Delhi, to me, is a place where one could do anything. But it’s not anyone's; one doesn’t belong here. It’s at once like an ocean that throws up Everything it takes in, and like a volcano That consumes anything thrown in.
Previous
Next
AJ Thomas AJ Thomas interview Author Frontlist Frontlist Articles Frontlist Interview Indian author Indian writer Latest interview Malayalam translator
765