A policeman’s wife is missing.”

That is the one-line film idea that producer MM Chandramouli pitched to author Prraveen Khumar N, after being impressed reading his debut novel, An Incredible Indian Rescue.

The producer wanted a slapstick comedy revolving around that line, but Prraveen found it really hard. “I just could not make it funny. So, I wrote a thriller in the form of a book and presented it to him when it was 70% complete.”

The producer leafed through it, and was convinced that it was “global content”. A film on the subject is in the works currently, but Prraveen is currently basking in the good vibes he is receiving for its written version. His second book, Battle for Power (Emerald Publishers), set in Chennai, revolves around how life changes for Thilak Ratnagar, ACP Crime, when he investigates a dead body in a lake.

Most of the events portrayed are taken from reality,” says Prraveen, about the mysterious deaths of scientists in the book. “My story is fictional, but the events surrounding it are based on relevant topics. I believe that it will kickstart discussion.” 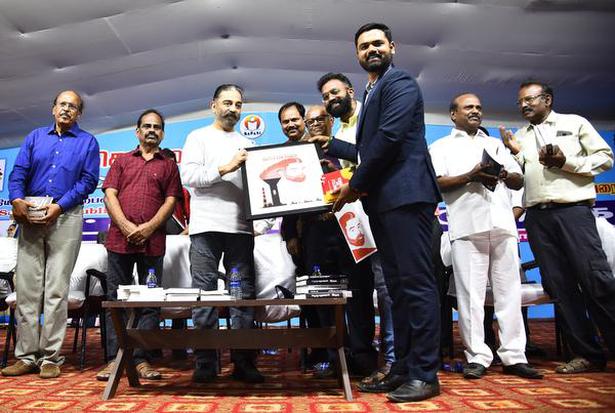 A civil engineer from IIT-M, Prraveen began his tryst with books rather late, as recently as 2011. He has no qualms admitting that the first major English book he read was Five Point Someone by Chetan Bhagat. “He’s my hero. He broke convention by reducing the page count and wrote in a simple style that was easy to follow.”

Prraveen has another connection with Chetan; they both studied in IIT. “After leaving academia, we IITians slog for 18 hours a day for a company. If we do not have a creative outlet, we would become like robots. Writing gives us the satisfaction that our material will be discussed long after we pass on from the world,” says the 30-year-old, who works as the country head of a leading housing finance company.

Coming up, he already has two subjects lined up: one on oil fields, and another that explores a father-son relationship. But he has one grouse: that there are not enough collaborations between film production houses and authors. “Every writer wants to see their product on the big screen. If this marriage happens, it would be a great platform for material to reach audiences.”

12 New Books That Will Make You Smarter, According to Adam Grant, The bestselling author and star Wharton professor is out with his regular list of the season’s best new titles.