Frontlist Books | Behind the Scenes: Illustrating a Sudha Murthy book

Frontlist Books | Behind the Scenes: Illustrating a Sudha Murthy book
on Jul 21, 2020

Visual artist Priyanka Pachpande researched a variety of Indian fabrics to illustrate How the Onion Got Its Layers.

Sudha Murthy is back with another book — the second in her chapter book series. Titled How the Onion Got Its Layers, the story is not of the vegetable or the tears that accompany it. An ode to weavers who spin tales, and otherwise, it is the story of a princess who loved new clothes. It was first released during the lockdown, in April, in e-book and audiobook formats. The physical copy has hit the markets this month. Murthy, the chairperson of Infosys Foundation and an award-winning writer, had written the first of the series — How the Sea Became Salty — as the story of an orphan Sridhar, who was mistreated by his aunt. It was brought to life by renowned Indian illustrator Priya Kuriyan. 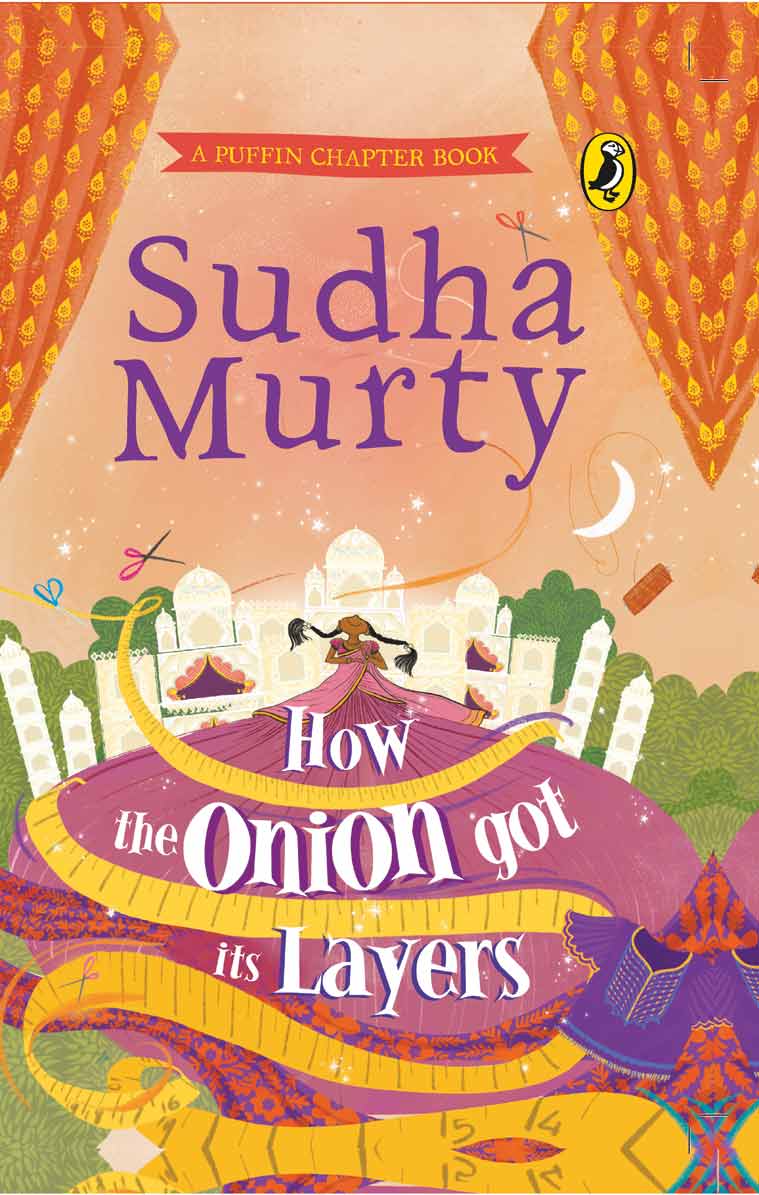 It was first released during the lockdown, in April, in e-book and audiobook formats. The physical copy has hit the markets this month.   This time, accompanying Murthy’s wit and simplicity is visual artist Priyanka Pachpande’s illustrations. This is the second book that Pachpande has worked on, and her art doesn’t go unnoticed. Her first was Geeta Dharmarajan’s Choo… Mantar that she illustrated as part of her internship at Katha in Delhi. “I hadn’t thought that such an angle could be given to an onion,” says Pachpande. She adds, “But I could instantly imagine how the book was going to look, I knew a lot of fabrics were going to be involved, a lot of patterns will be involved and a lot of movement will be involved in the picturisation,” she says. 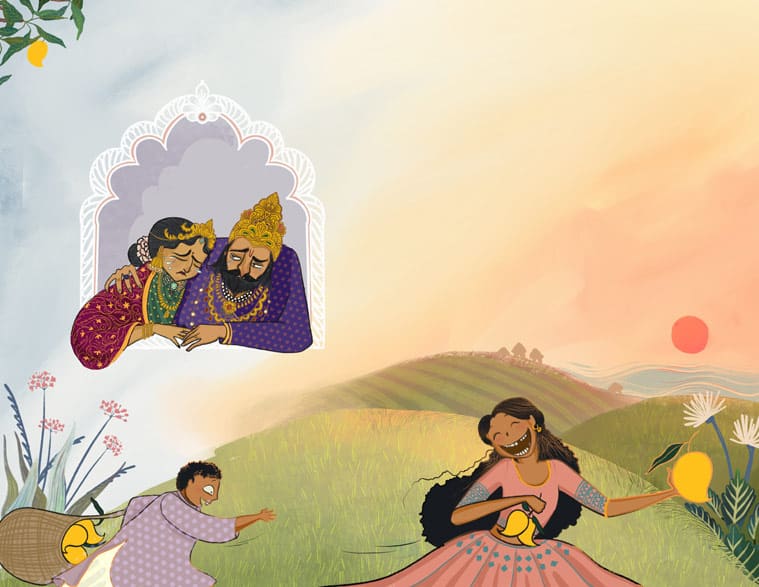 This time, accompanying Murthy’s wit and simplicity is visual artist Priyanka Pachpande’s illustrations.   One will find a variety of fabrics in the story. “The backstory in my head was basically that since she’s a princess, her family will be exporting all the fancy fabrics. I made sure that every fabric in the story has a different pattern,” says the Pune-based artist. One of the techniques that is dominant is bandhani, the tie and dye textile from Rajasthan and Gujarat. There is block printing and zari work, which is traditional embroidery done with fine gold and silver threads. Pachpande also incorporates tikli embroidery. “I had a lot of fun matching outfits with jewellery,” she says. 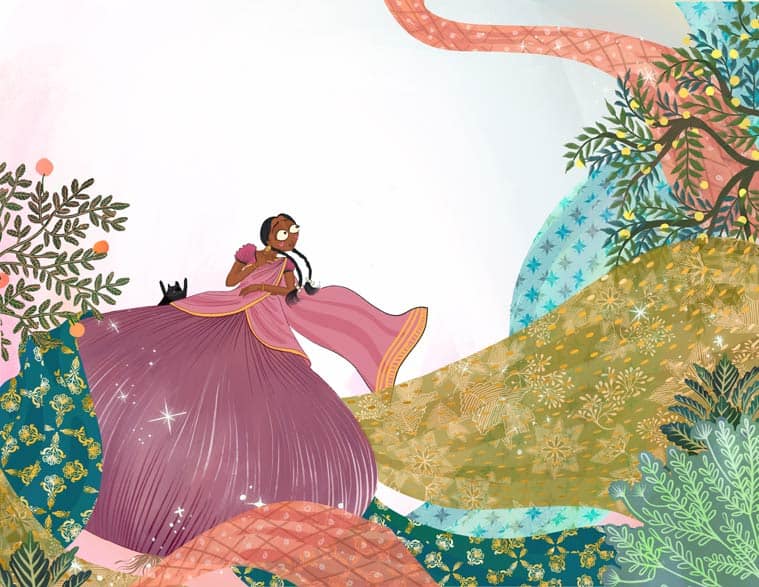 One of the techniques that is dominant is bandhani, the tie and dye textile from Rajasthan and Gujarat.   The process started with a character analysis and research — what kind of a princess is she, and how princesses have been depicted in Indian storybooks. “One of the things that had to be worked on was what the king’s crown would be like. In India, kings in different regions wore different crowns, there is also the turban. So that was also a question in my head — who am I speaking to? I was very careful not to stick to one region, as the story did not specify any,” she says. That was the reason she put trees, mountains, water streams, many kinds of plants, lemons and oranges and other flowers in the background. “I wanted to bring in a lot of diversity,” she says. She also fills it with pastel colours, which soothe the eyes, while Murthy’s words warm the heart. Source: Indian Express
Previous
Next
Book news Frontlist Books to read Children’s books Frontlist Frontlist Book News Frontlist Books Frontlist India news Frontlist Latest Book News Infosys India Sudha murthy sudha murthy books sudha murthy books for kids sudha murthy ilustrations book sudha murthy latest book sudha murthy writer
2333