Three years after her critically acclaimed, coming-of-age novel Normal People was published, Sally Rooney returns with a new book titled Beautiful World, Where Are You, which will be published by Faber & Faber on 7 September 2021.

The publisher announced the news on Tuesday 12 January, along with details of the book. It focuses on the lives of four young people, Alice, Felix, Eileen and Simon, living in Ireland, as they navigate the pressures of work and relationships against the backdrop of political turmoil and fears of their future.

Normal People tells the story of love, uncertainty, displacement, and class; it articulates feelings that will resonate with many of us and it beautifully captures the complexities of modern-day relationships. It’s a powerful and heart-wrenching portrayal of youth, intimacy and communication, as both characters yearn for the comfort of understanding one another during hardship.

With this much anticipation on its shoulders, when the BBC/Hulu TV adaptation was announced, fans of the novel were nervous about whether it would live up to their expectations. But the 12-part series, which launched in April 2020, was lauded as a triumph, from the direction and acting to the script and carefully compiled soundtrack.

As one of the most talked about TV series during the first national lockdown, it gripped the nation with its nuanced depiction of first love, with fans even going mad for that chain necklace worn by leading actor Paul Mescal. A mini-series based on Conversations with Friends is also in the worlds from the same production team.

If like us, you can’t wait to get your hands on Rooney’s latest novel, we’ve found the books that will fill the void until September and promise to provide a little escapism. Happy reading!

You can trust our independent round-ups. We may earn commission from some of the retailers, but we never allow this to influence selections, which are formed from real-world and expert advice. This revenue helps us to fund journalism across The Independent. 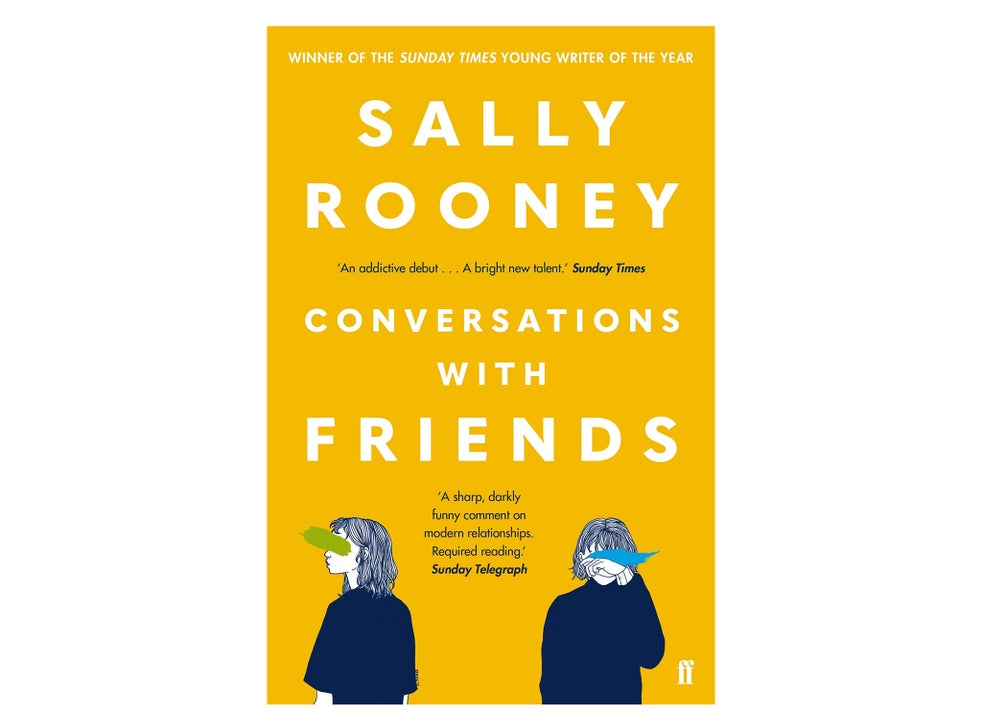 Inspired by John Legend’s Ordinary People, which portrays the bittersweet stage of romance after the honeymoon period, Diana Evans’ exuberant third novel is all about relationship malaise. It’s a persuasive account of life once the butterflies have stopped fluttering and children have arrived. An immersive look into friendship, parenthood, sex, and grief – as well as the fragility of love. It is told with such detail, you’re left wanting more.

A story told from the perspective of three inseparable friends who live together on the edge of a common in east London. Their shared world is ablaze with romance and rivalry, and the promise of everything to come. After 10 years pass, they are not where they had hoped to be in life. With each character hungry for what the other has, this novel shows how lives divert and intertwine as we get older. An easy read that doesn’t shy away from subject matters that give equal measures of reality and grit.

The book was first published as Where Rainbows End, but since the hit 2014 film based on it was titled Love, Rosie, the book became better known under that title, too. This is the story of Rosie and Alex, two childhood best friends who have shared hopes, dreams and awkward moments throughout their pivotal years. But their inseparable bond is threatened when Alex’s family move to Boston. They dutifully stay in touch, looking forward to one day being reunited. Misunderstandings, unfortunate circumstances and a series of bad luck conspire to keep them apart. It’s a heart-warming, completely absorbing novel of true love and friendship that will make you laugh and cry.

‘Call Me By Your Name’ by Andre Aciman, published by Atlantic Books

It’s the summer of 1983 on the Italian Rivera when a powerful romance blossoms between 17-year-old Elio and his father’s house guest, Oliver. Through poetic prose and spell binding exploration of romance, this coming-of-age, coming-out story perfectly depicts acute feelings of love and desire. Much like Normal People, this will invoke an emotion you didn’t know you had. the sequal, revisits the same complex and charming characters decades after their first meeting.

‘One Day’ by David Nicholls, published by Hodder and Stoughton

An endearing and persuasive account of close friendship that demonstrates David Nicholls’s gift for dialogue and romantic storytelling. The book traces the lives of two star-crossed lovers who meet at university, and over a 20-year period regroup on the same day every year to see where they stand in life. Their will-they-won’t-they relationship is portrayed through the flirting, banter and years of yearning, which, much like Normal People, will resonate with many readers.

Frontlist | 13 New Books to Watch For in January