Frontlist | Fiction for older children
on Mar 09, 2021
Saving a bear, saving a mother – or others like you, or the world: children’s literature would be bereft without quest narratives. In her middle years fiction debut, journalist Amy Raphael plunges the reader into the fraught mid-17th century, where the soft warmth of horses and the tang of Scottish religious intolerance figure heavily.

Soldiers are rounding up medicine women, accusing them of witchcraft. When Art Flynt’s mother is hauled away, she grabs her herbal recipe book and heads south to free her from the witchfinder general before the executions on midsummer eve. The Forest of Moon and Sword (Orion, £7.99) is a fast-paced and single-minded adventure, featuring plant lore as well as a cast of unexpected allies, human and animal; female bravery is a given.

Elle McNicoll’s first book, A Kind of Spark, wondered how many non-neurotypical women were swept up in those Scottish witch purges. Her second outing is even more imaginative and assured. A London tech startup called Pomegranate is perfecting interactive hologram-avatars of people – to comfort the bereaved, they say.

Cora, 12, is on the autism spectrum, and the company is keen to interview her to better understand psychological diversity. Cora’s new buddy Adrien isn’t so sure. Show Us Who You Are (Knights Of, £6.99) is just terrific, an upper-middle-years thriller whose plot never sacrifices nuance. “I’ve never met a grownup who really has been able to sell adulthood to me,” muses Cora, wisely, at one point.

Amari Peters, hero of US author BB Alston’s debut, Amari and the Night Brothers (Egmont, £12.99 hardback), is another girl forced far outside her comfort zone to rescue someone she cares about. Fans of Harry Potter may recognise the scenario: previously unaware of the supernatural world, Amari ends up at magical summer camp, where the others are wary of her.

There are trials to pass; an evil magician is sowing fear and chaos. What’s new here is that Amari is a clever girl from a BAME neighbourhood, continually having to convince the rich racists at her fancy school that she deserves her scholarship. So tackling the prejudice of the magical world, sorting friend from foe – and rescuing her beloved brother – is all in a summer’s work in this beguiling debut. 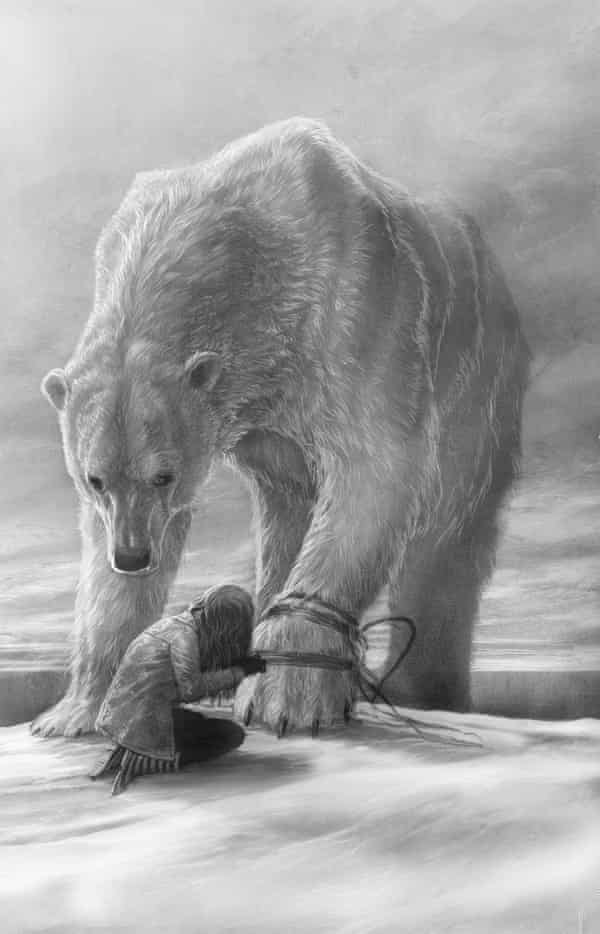 Benjamin Dean is BuzzFeed’s celebrity reporter, the source who revealed that Rihanna can’t wink. He may just have bettered that claim to fame with his debut, Me, My Dad and the End of the Rainbow (Simon & Schuster, £7.99).

Archie Albright and his two best friends plan a daring outing to London, armed with a crumpled rainbow flyer for something called Pride. Can it explain the growing gap between Archie and his dad? The problem isn’t that his dad is gay, it’s that they can’t talk any more. “I made the wise decision to cram all of my emotions into a small box, throw that box into a bigger box, and push the bigger box off a cliff,” Archie reveals. Spoiler alert: some wise and practical drag queens save the day when all is nearly lost.

There always comes a bittersweet day when children must learn that wild animals should not be tamed. Happily, Hannah Gold’s The Last Bear (HarperCollins, £12.99 hardback) puts that moment off. Plucky April, stationed with her scientist father on an island in the Arctic Circle, frees a starving, stranded polar bear from the plastic wrapped around its paw. He doesn’t eat her. She in turn hatches a daring plan to get him back on to icier ground. Gold’s tale of animal-human allyship – beautifully illustrated by Levi Pinfold – has an urgent climatic awareness at its heart.

Saving the world is almost too ridiculous a quest – far beyond the power of children, surely. But save it we must, and Naomi Klein – author of No Logo and On Fire, among others – aims to demystify the process and empower 10-year-olds with her nonfiction primer, How to Change Everything (Penguin Random House, £12.99 hardback). She and co-author Rebecca Stefoff don’t talk down, but provide sober assessments and strategies for going forwards. Throughout are examples of young people taking actions big (suing governments) and small (meat-free days). The phrase “essential reading” is overused, but seems apposite.

Frontlist | Shobhaa De opens up about her book ‘Sr....

Frontlist | A micro review of 'The Truths We Hold'....

Frontlist | ‘Murder in Old Bombay’- a promising wo....

Frontlist | The guy who made the first mobile phon....