Whereabouts by Jhumpa Lahiri is out; read these other books by the author

Whereabouts by Jhumpa Lahiri is out; read these other books by the author
on Apr 27, 2021 After nearly a decade, author Jhumpa Lahiri returned to the terrain of fiction with Whereabouts. Written originally in Italian Ias Dove Mi Trovo in 2018, the novel has been translated into English by the author herself. It centers on an unnamed female protagonist over 45 years as she looks at her life, glancing, sideways, back and forth, chronicling life, relationships and burden of relationships in short, succinct chapters. The style marks a stark departure of the author from her style. In an indianexpress.com article, the novel has been described as a “book of urgency, a literary self-help companion even”. “The trepidation and the lack of joy among those still untouched by the pandemic have been labelled as “languishing” by The New York Times. Struggling with faltering focus, trying to make sense of a ceaseless stream of bad news, Lahiri’s spare, evocative prose and the incredible detailing of the protagonist’s observation appears like a cornucopia — an opportunity to take stock of this moment of change, to acknowledge how the arc of our social interactions allows us to find or lose ourselves,” it states. The book has come out on April 26, and before you dive in, here are some of her other works worth a revisit. Interpreter of Maladies 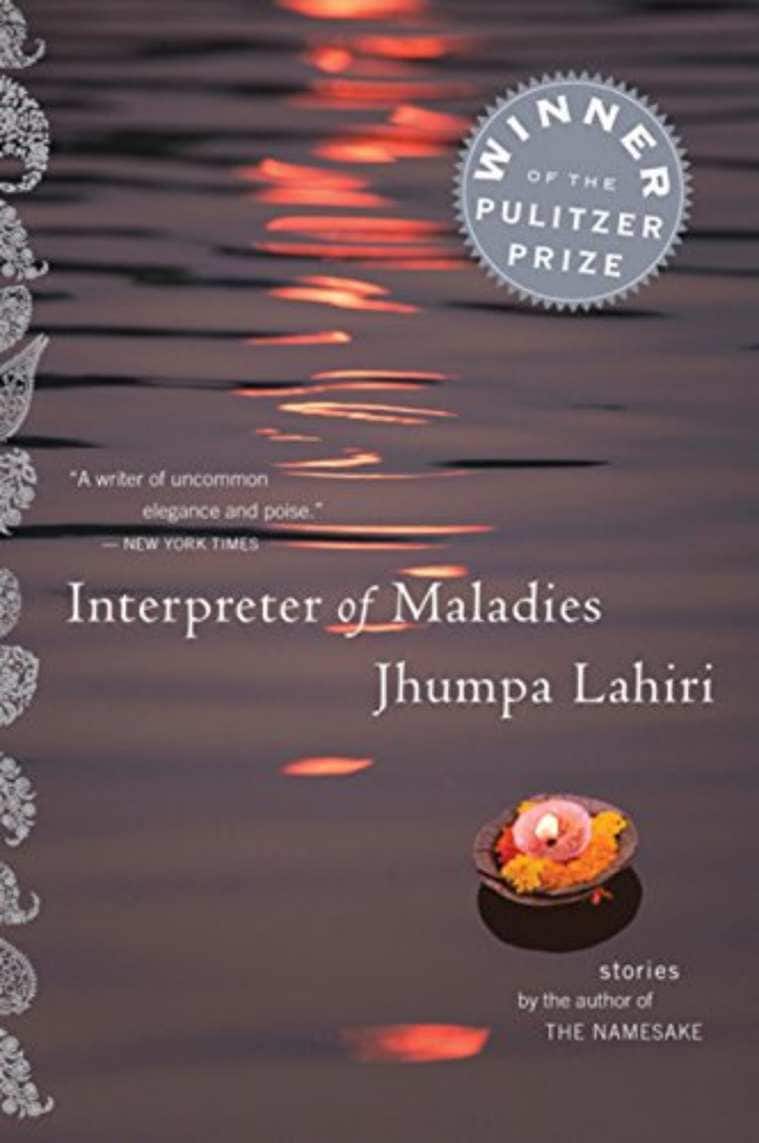 The short story collection won the Pulitzer Prize for Fiction and the Hemingway Foundation/PEN Award in 2000.(Source: Amazon.com) Published in 1999, this short story collection cemented Jhumpa Lahiri’s place in the literary landscape. The short story collection won the Pulitzer Prize for Fiction and the Hemingway Foundation/PEN Award in 2000. The themes explored in the nine short stories offer a precursor to her body of work, a fitting prologue delineating her preoccupation and gaze as a storyteller. She deftly explored questions of identity, traced the loneliness that stems out of being a second-hand immigrant, and dissected desires borne out of rootlessness. The Unaccustomed Earth Published in 2008, Unaccustomed Earth thematically followed the path Lahiri had started carving out for herself. Consisting of nine stories, the collection explored similar similar themes but the intervening years accentuated her emotional acuity, lent a more galvanising core to her stories. She was still looking at the same people but the slant of her gaze altered. This book is one of her better works, worthy of revisits. The Namesake The Namesake, Lahiri’s first novel was published in 2000. In here, she broadens her literary horizon while focussing on something distance only modifies but cannot change: name. The novel is about a young Bengali couple , Ashok and Ashima entrusted with the task of making a home away from home as well as maintain a relationship with their children, overcoming the generational gap in spite of proximity. The book is a heartbreaking account that quietly underlines what it means to lose a parent and re-negotiate the memories left behind. It was adapted into a film by Mira Nair in 2007, starring Irrfan Khan and Tabu in the leading roles. The Lowland Jhumpa Lahiri’s The Lowland gave faces to a crisis. After a decade, Lahiri returned to fiction The Lowland, positing herself in The Unaccustomed Earth. The Lowland is rooted in the Calcutta of the 1950s and ’60s when it was raging with the Naxal bari movement. She weaves in the story of an uprising with a tale of a family, upholding how their lives of two brothers were forever altered. Lowland also is an astonishing feat of enclosing  one of Lahiri’s most memorable female characters, Gauri. Source: indianexpress
Previous
Next
Authors Bestseller Book book news Frontlist Frontlist India Frontlist Latest Frontlist Latest news Frontlist News Jhumpa lahiri Jhumpa Lahiri Books jhumpa lahiri whereabouts
1376