Vineet Bajpai’s latest trilogy, 1857 The Sword of Mastaan, is a tribute to the unsung heroes of the Great War

Author Vineet Bajpai’s Harappa Trilogy sold over 2.5 lack copies, making it a milestone in the history of Indian fiction. Continuing the momentum, the author has recently released his latest book 1857 – The Sword of Mastaan, which is his fifth fiction novel and eighth book overall. Part of the Mastaan Trilogy, 1857 finds its inspiration from the author’s desire to bring alive not just 19th century Delhi, but to also offer an Indian perspective to the Great War of 1857. Here, he takes us through his new book which hit the stands recently. Excerpts:

Mastaan comes after the success of the Harappa Trilogy. When was the idea of the book conceived and how long did it take you to pen down the story?

Witnessing the instant, epic popularity of the Harappa Trilogy has been the most gratifying phase of my life. Today, it has sold over 2.5 lac copies, making it a milestone in the history of Indian fiction. Mastaan has been no different. The book finds its inspiration from my desire to bring alive, not just 19th century Delhi, but to also offer an Indian perspective to the Great War of 1857. My love for the poetry of Mirza Ghalib, for the crumbling havelis of old Delhi, for the cuisine of this historical city and for its breathtaking history… all contributed to the writing of the Mastaan Trilogy. 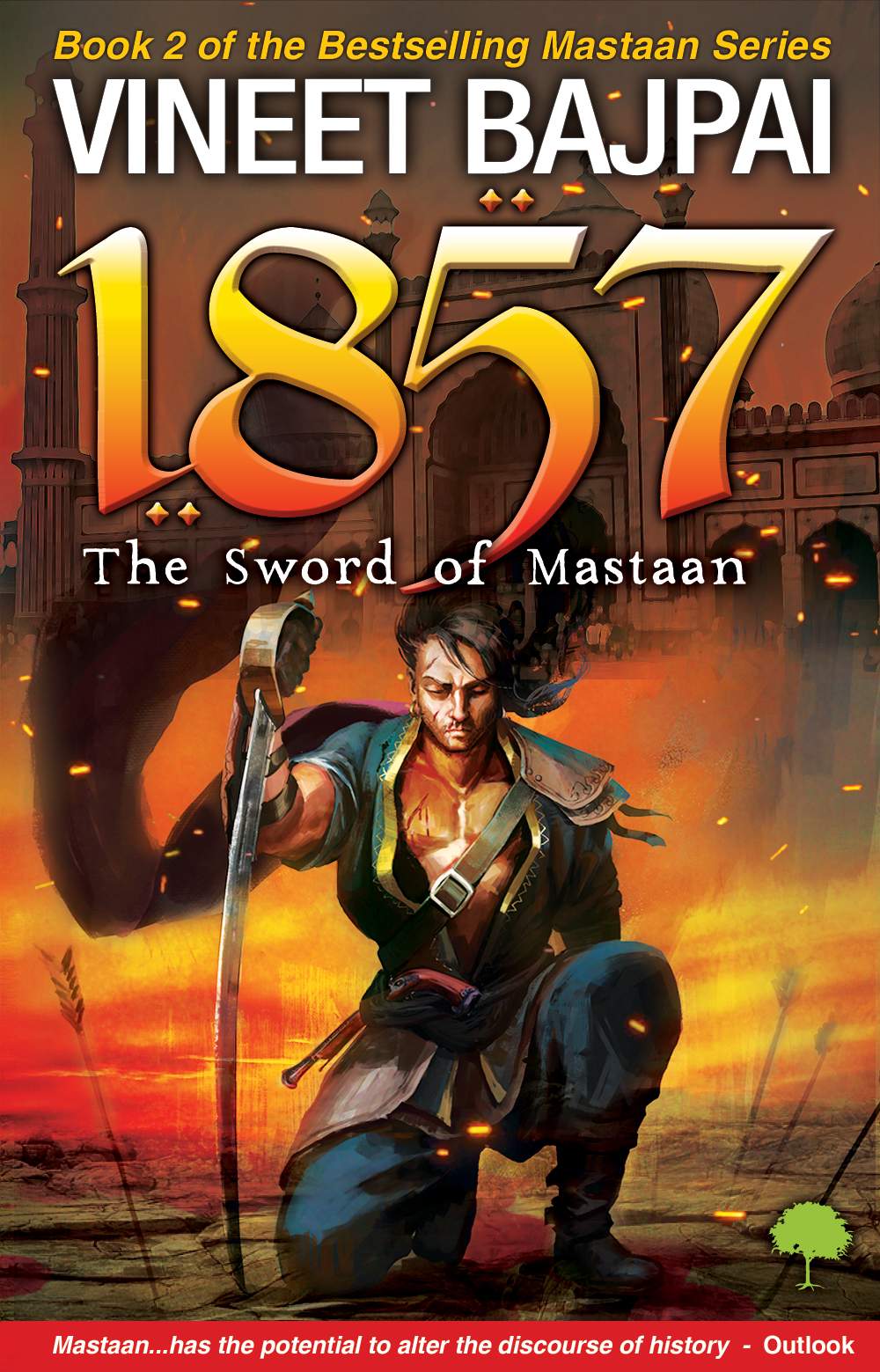 As the name suggests, Mastaan is also historical fiction like the Harappa Trilogy. Tell us about your research.

Mastaan and Harappa are similar in the sense that both have a historical backdrop. And yet, they are very different. Harappa spans 3,700 years, combining the haunting mysteries of 1,700 BCE Indus Valley with modern-day religious strife and organized crime. Mastaan, on the other hand, is a pure historical thriller.

The research for any body of work that combines history, mythology, occult and religion is always arduous. While writing Harappa, I dove into the Internet, books and papers about the life and society of the Indus Valley civilization or the Sindhu Sabhyata, the vanishing of the Saraswati, the controversial Aryan invasion etc. Similarly, for Mastaan, I spent a great deal of time studying the mid-19th century society of Dilli-wallahs, the shaayars and courtesans of the dwindling Mughal capital, the life and times of Mirza Ghalib, and the largely obscured chapters of Hindustan’s first war for independence.

Who inspired the character of Mastaan?

The unsung heroes of the Great War of 1857 lie at the heart of this unforgettable character. With the British siege of Delhi during the mighty uprising as its canvas, the story also meanders to 1799 AD, the sacking of Seringapatnam, and the cursed treasure of Tipu Sultan. But at the core of it all, it is the poor, uneducated, leaderless soldier… the average Indian sepoy who fought and bled for this great nation.

You are an established author, but you also have other responsibilities. How do you balance it?

Being an entrepreneur and author has been a deeply satisfying voyage. As the Founder & CEO of Magnon, one of the largest advertising and digital agency groups in India, I have enjoyed building a world-class company from the ground up. I am also blessed with a parallel avatar of being an entrepreneur, as the Founder of Talentrack, which is the country’s leading mobile platform for talent-casting in the entertainment sector. With these richly fulfilling expeditions keeping me inspired through the days, I needed something that would not only bring out my personal creative best, but also help me connect with millions of people directly. Books were the best answer.

We have just released 1857 – The Sword of Mastaan, which is part two of the Mastaan Trilogy. Part three of the Trilogy is in the works and should get released in 2022. Thereafter, on popular demand from my beloved readers, you will see the unveiling of Dhoomketu, part four of the Harappa Series.

Why The MCU Keeps Mocking One Marvel Comics Tradition