VAMPIRE DIARIES SHOWRUNNER JULIE PLEC TO ADAPT BESTSELLING VAMPIRE ACADEMY BOOKS FOR PEACOCK
on May 20, 2021 Julia plec has finally gotten her wish! The Vampire Diaries co-creator will be adapting Richelle Mead's Vampire Academy books for Peacock, alongside Marguerite MacIntyre (The Originals, Legacies), who will also serve as executive producer and showrunner on the upcoming series which has already been granted a straight-to-series 10-episode pick up. (If MacIntyre looks familiar, it's because she also played the late and beloved Sheriff Forbes on Vampire Diaries!) A bestselling young adult series worldwide, Vampire Academy tells the story of Lissa Dragomir, a Moroi (AKA mortal vampire) princess with the rare power to harness Earth magic, and her best friend Rose Hathaway, the Dhampir (human and vampire) bodyguard who must protect her from a race of undying vampires known as the Strigoi, lest she becomes one of them. 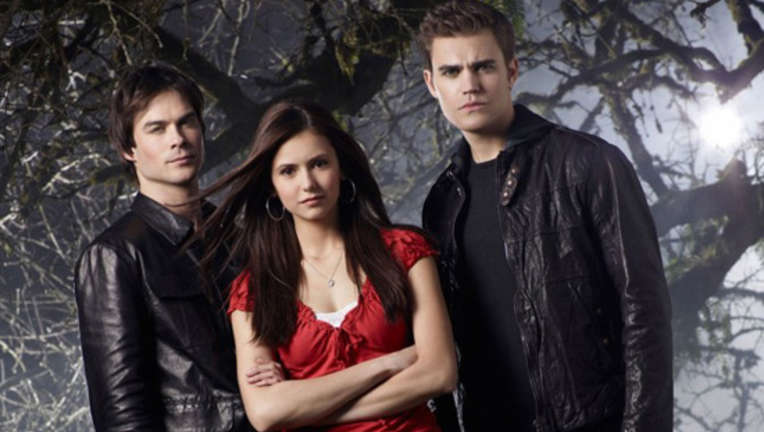 However, their return to Vladimir’s Academy after two years of freedom is filled with all sorts of complications as they must not only complete their education and enter royal vampire society, but Rose finds herself falling for someone, and having to choose between her feelings for him and her friendship and duty to Lissa. The books are a personal favorite of Plec's, who initially read them long before she began to work on Vampire Diaries, and its eventual sequels, even tweeting about wanting to adapt them as far back as 2015. When I signed my new deal with Universal Television, they asked what project I had always been dying to make and my immediate answer was Vampire Academy, said Plec in a statement. Julie Plec created one of the biggest fan-favorite universes with The Vampire Diaries and its spin-off series The Originals and Legacies, and we are excited to deliver this passionate audience a brand new story on Peacock, said Lisa Katz, President, Scripted Content, NBCUniversal Television and Streaming in the same statement. Julie is known for binge-able, enthralling dramas and we know Vampire Academy will keep Peacock viewers right on the edge of their seats. This isn't the first time Meads books have been adapted for the screen, though the 2014 film of the same name — which actually starred a pre-Furiosa and Queen's Gambit Anna Taylor-Joy — was not as well-received as was hoped for. The original Vampire Academy series consists of six books, with the story continuing in the sequel series, Bloodlines. So there's plenty of material to mine for years to come.
Previous
Next
BESTSELLING VAMPIRE ACADEMY BOOKS FOR PEACOCK Frontlist Frontlist Latest Frontlist Latest news Frontlist Latest Update Frontlist News JULIE PLEC Vampire Diaries
1714