The untold story of how Jeff Bezos beat the tabloids

The untold story of how Jeff Bezos beat the tabloids
on May 06, 2021

“Raise your hand if you think you’ve had a harder week than I’ve had.”

It was February 14, 2019, in the early afternoon, and for perhaps the first time in the 25-year history of Amazon.com Inc, Jeff Bezos was prepared to explain himself to his employees. Bezos was a master compartmentalizer; his ability to keep the intricate threads of his personal and professional lives separate was unrivaled. This talent had allowed him to build Amazon while also running a space company, Blue Origin LLC, and reviving the Washington Post — all while keeping his family life private. But those threads had gotten tangled. Bezos, a father of four, was the subject of tabloid stories in the National Enquirer about his relationship with a married former television host. Rather than doing what most billionaires do under such scrutiny — keep quiet and wait for the storm to pass — Bezos had gone public. He’d written a salacious blog post that included descriptions of photos the Enquirer claimed it had acquired — among them: a “below the belt selfie.” He’d suggested that the paper was doing this as political retribution for the Post’s reporting on the Enquirer’s connections to the Trump administration. Now, facing Amazon’s leadership group, the S-team, Bezos addressed the elephant in the room. “The story is completely wrong and out of order,” he said. “MacKenzie and I have had good, healthy, adult conversations about it. She is fine. The kids are fine. The media is having a field day.” Then he tried to refocus the conversation on the matter at hand: personnel projections for the current year. “All of this is very distracting, so thank you for being focused on the business,” he said. The affair came as a shock to most senior executives, though recently some had noticed changes in their boss’s behavior. Meetings for Op1, Amazon’s term for its annual late-summer planning cycle, had been delayed or postponed; longtime deputies were finding it difficult to get time on his calendar. There were also those helipads that Amazon had requested for its planned outposts in New York City and Arlington, Va. These had enraged local officials, already skeptical about giving billions of dollars in tax breaks to a company with a trillion-dollar market value, and had contributed to the scrapping of a planned second headquarters in Queens. As some in the meeting were now well aware, the boss’s new girlfriend, Lauren Sanchez, was a helicopter pilot. Bezos had taken flying lessons himself. And then there was the curious matter of the stock. On Jan. 9, Jeff and MacKenzie Bezos had announced their divorce via Twitter. But a few weeks before that, Amazon’s legal and finance departments had begun asking the company’s largest institutional shareholders whether they would support the creation of a new class of stock with reduced voting rights. Dual-class stock structures had been used at Facebook, Google, and Snap to concentrate voting power among company founders, giving them ultimate sway over matters of corporate governance. Amazon had gone public a decade before those structures were in vogue, so Bezos hadn’t had such power. Now he apparently wanted it. Amazon vigorously disputed that Bezos’ personal life had anything to do with these moves. Public-relations representatives claimed that having helipads in New York City would have been “useful for certain events, like receiving dignitaries.” The official story about the share classes was that Amazon was exploring ways to keep giving stock to fulfillment center workers and that it could use the second class of stock to pursue acquisitions. Those explanations had always seemed a little thin. But after Bezos tweeted news of his divorce, some who’d heard about the stock plan came to assume that it was all about Bezos remaining firmly in control of the company in the face of a costly divorce settlement that would end up reducing his stake from 18% to 12%. It was the first time some senior executives could remember seeing Bezos cornered by adversaries, who now included, improbably, a Hollywood manager looking to peddle explicit selfies. On the other hand, the episode was the culmination of Bezos’ decade-long transformation from a single-minded tech geek to the master of a trillion-dollar empire. His enemies now included Donald Trump, who despised the Post, and Mohammed bin Salman, the crown prince of Saudi Arabia, who was embittered by the paper’s coverage of the murder of dissident reporter Jamal Khashoggi and would later be implicated in a supposed plot to put spyware onto Bezos’ smartphone. Bezos was navigating all of this as he always had: by thinking unconventionally and manipulating the levers of media. Somehow, his way usually worked. Back at Amazon’s headquarters complex in Seattle, on the sixth floor of Day 1 tower, the planning meeting stretched into the early evening. Harried finance executives scurried in and out of the room distributing spreadsheets. Bezos might not be able to control the scrum of tabloid press gleefully chronicling his sybaritic escapades with Sanchez, but he could control head count growth across all of Amazon’s divisions. As the sun set over the Olympic Mountains, casting a golden glow into the conference room, executives started furtively glancing at their phones and responding to texts from their significant others. Finally, at 7:30, Senior Vice President Jeff Blackburn spoke up and said what everyone else was thinking: “Hey Jeff, how long do you think this meeting is going to go? A lot of us have plans.” It was, after all, Valentine’s Day. 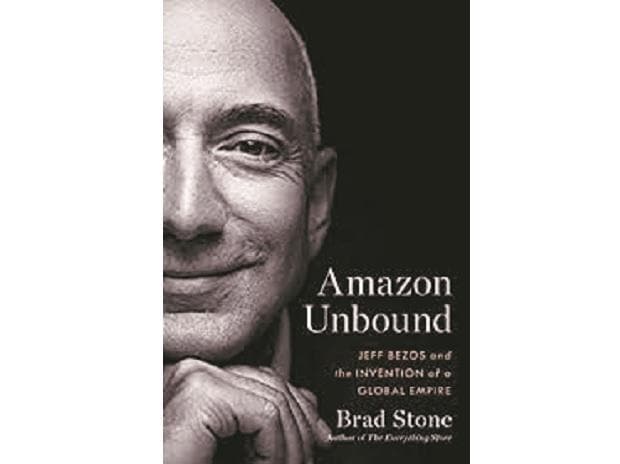 “Oh, that’s right,” said Bezos, laughing. “I forgot about that.” For years, Bezos wove the story of his courtship and marriage to MacKenzie Bezos (now MacKenzie Scott) into his public persona. In speeches, he joked about his bachelorhood quest to find a woman resourceful enough to “get me out of a Third World prison,” as if the bookish MacKenzie, a novelist with an English degree from Princeton, might one day rappel down from the roof of some godforsaken jail with a lock pick in her teeth. But while Bezos and his handlers crafted the image of a doting husband and family man, he and his wife developed diverging appetites for public attention. After Amazon opened a Hollywood outpost and began producing movies, Bezos attended the Golden Globes and Academy Awards, showed up at premieres, and hosted an annual gathering at a palatial property in Beverly Hills, high above the Sunset Strip. At one such party in December 2016, for Manchester by the Sea, Amazon Studios’ first Oscar winner, he was photographed with Sanchez and her then-husband, Patrick Whitesell, the powerful chairman of the Endeavor talent agency. MacKenzie accompanied her husband to some Hollywood events but, by her own admission, wasn’t a social person. “Cocktail parties for me can be nerve-racking,” she told Vogue. “The brevity of conversations, the number of them — it’s not my sweet spot.” Friends said both parents were committed to their four children and to keeping them as far away as possible from the corrosive impact of celebrity and garish wealth. By 2018, Bezos was seeing Sanchez, legal documents later showed, while keeping up the appearance of an intact marriage. Source: https://www.business-standard.com/
Previous
Next
Amazon Amazon Unbound Amazon.com Inc Amazons headquarters Author Authors Book book news Book Review Books crown prince Facebook finance departments Frontlist Google Jamal Khashoggi Jeff Bezos Jeff Blackburn MacKenzie Scott Manchester Olympic Mountains Trump administration
1919