THE BEST NONFICTION BOOKS ABOUT CRIME, CORRUPTION, AND FRAUD IN SILICON VALLEY
on May 26, 2021 This piece was supposed to be about fiction. Given that my own novel, Impostor Syndrome, is about a Russian spy working as an executive at one of the world’s largest technology companies, it made sense to gather some of my favorite works of fiction on crime in Silicon Valley. I soon realized however, that most of my selections were actually non-fiction. Unlike say, investment banking (The Bonfire of the Vanities) or academia (On Beauty, Lucky Jim, and many more), it seems tech is one of the lesser examined areas in fiction. Maybe it’s because the personalities, and crimes, are often already outsized; the truth in many cases is already plenty outrageous. Some of my favorite non-fiction books about crime and general bad behavior in Silicon Valley: 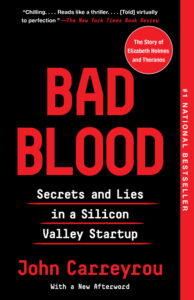 Bad Blood, by John Carreyrou Even though this is a later release, I think of Bad Blood as almost the big daddy of Silicon Valley non-fiction thrillers, partially because it’s got it all. The setting (Palo Alto), the technology (just a drop of blood!), the crime (the product doesn’t actually work), and most importantly, the characters (some everyday heroes, a host of mini-villains, and a big, complex villain in the shape of Elizabeth Holmes). The book flies, no small part thanks to Carreyrou, who is both a gifted writer and in the later parts an active part of the story, as he helps break the Theranos deception wide open. By the end, I was both dismayed and slightly sympathetic to Elizabeth Holmes—I felt I really knew her story, and what more can we ask from a book? 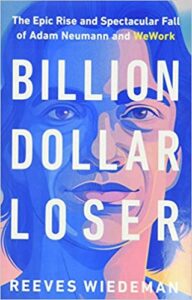 Billion Dollar Loser, by Rieves Wiedeman.  Ah, the WeWork meltdown. One of the last big pre-pandemic scandals we could read (and let’s be honest, slightly enjoy), without the knowledge that just a few scant months later, we’d all be sanitizing our groceries and logging into virtual school. Adam Neumann, the founder of WeWork, frequently spoke of wanting to live forever, becoming a trillionaire, and being elected president of the world—all while informing employees the company had no money for raises or bonuses, (while he criss-crossed the globe in a Gulfstream 650, paid for by the company). Criminal enough for you? While Adam is the main villain of the story, his wife Rebekah, who goes around the company demanding that employees with “bad energy” be fired, is no slouch—we get the benefit of two badly behaved managers with big egos. 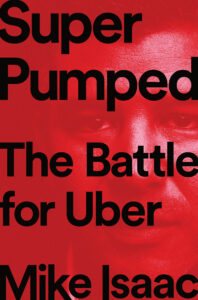 Super Pumped, by Mike Isaac. This book charts the rise and fall of Travis Kalanick, Uber’s co-founder and CEO, who revolutionized the gig economy. We follow Kalanick as he expands Uber while maintaining an iron grip over control of the company—growth, growth, growth being his chief mantra, and we watch as he does everything from deceiving Apple (and enraging Tim Cook) to personally targeting journalists. This is another tale, like with Bad Blood, in which the reporter becomes part of the story. In Isaac’s case, it is when an employee at Uber comes to him with documentation of illegal tracking programs—and you see Travis Kalanick go from being king of the world, to being pushed out of the still very successful company that he founded. Also, if you enjoy Super Pumped, I also highly recommend Whistleblower, by Susan Fowler. Fowler, a former engineer at Uber, outlines her very personal experience with the company. She’s also an excellent writer, perceptive and clever, even while facing increasingly outrageous treatment from her management and HR. 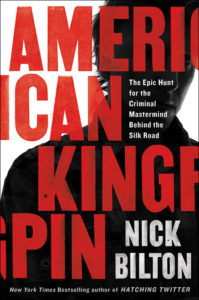 American Kingpin, by Nick Bilton.  Remember Silk Road? And the Dark Web (which is still very much a thing)? American Kingpin traces the journey of Russ Ulbricht, who first creates the site in 2011, which eventually becomes a marketplace for drugs, guns, and possibly murder for hire. We follow the FBI as the organization hunts him down, and the cat-and-mouse chase is surprisingly realistic in its setbacks and victories. 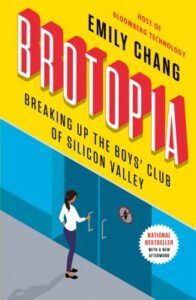 Brotopia, by Emily Chang If you want to understand how and why huge Silicon Valley companies continue to be accused of toxic workplaces for women and minorities, despite loftily proclaiming their visions of “changing the world,” Chang’s book is a excellent place to start. I view Brotopia almost as a companion piece to books like Super Pumped; it goes a long way in showing not just how company cultures are formed, but why they are allowed to persist by the various players in the ecosystem. 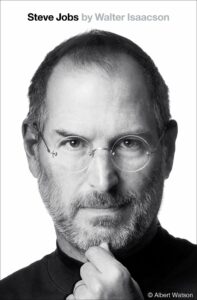 Steve Jobs, by Walter Isaacson This isn’t a book about crime, but rather the excellently written authorized biography of Steve Jobs, the founder of Apple. That said, it is an important read for anyone interested in crime in Silicon Valley because almost every technology billionaire and fraudster billionaire aspirant—from Elizabeth Holmes (merely aspirant) to Adam Neumann (both billionaire and fraudster aspirant)—has read this book. Founders often see signs of their own selves in Jobs—they comfort themselves that they too, are misunderstood geniuses, and lots of people called Jobs a jerk, too! The fact that Jobs is nearly universally revered now within not only the Valley, but also the world, also serves as additional proof that in the end, it’s only the technology (and market share) that matters, or so it seems. 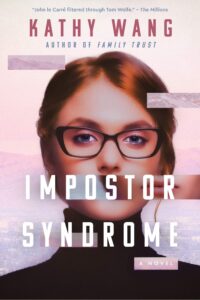