The Charlize Theron action flick is based on Greg Rucka’s acclaimed comic book series of the same name.

Netflix scored another hit movie this past weekend with the premiere of Charlize Theron’s superhero epic, The Old Guard. Though the streaming service doesn’t typically release viewership numbers, the critically-acclaimed film dominated social media conversation over the weekend, and was heavily promoted by Netflix on the platform. Directed by Gina Prince-Bythewood and starring Theron, Kiki Layne and Chiwetel Ejiofor, The Old Guard tells the story of a group of crusaders who have outlived their families and foes for centuries, due to the gift — or curse — of immortality. The group risks being exposed when they’re set up by the founder of a big pharma company, who intends to capture the warriors to mine their DNA for profit. Released as a Netflix original, the film is based on Greg Rucka’s comic book series of the same name. 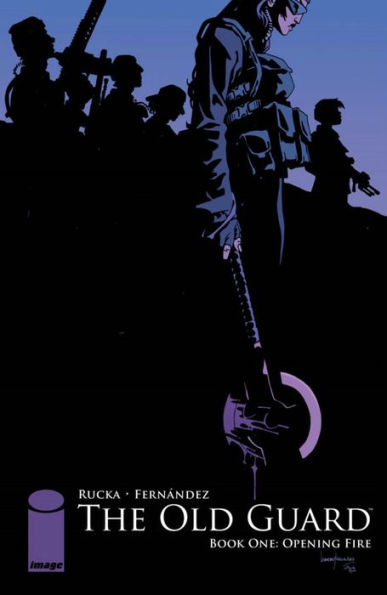 Rucka, a veteran writer known for his Lazarus series and the Atticus Kodiak novels, first created The Old Guard in 2017, alongside illustrator Leandro Fernandez. The rights to the series were picked up by LA-based Skydance Media that March, and the film was sold to Netflix in 2019. Rucka, who has also contributed to Marvel and DC Comics properties, was also tapped to write the script for The Old Guard film, which more or less follows the plot of the book. The main difference between The Old Guard comics and the film centers on the fate of Theron’s character, Andromache of Scythia (a.k.a. Andy). Fresh off its resurgence on Netflix, the first book in the series, The Old Guard, Book One: Opening Fire, quickly sold out on Amazon, and a number of other sites online. It’s still available as of this writing on Barnes & Noble’s website. If you prefer to read the books on Kindle, Amazon has the entire mini-series available for download here. Amazon also has the second paperback book in the series, The Old Guard Book Two: Force Multiplied, available for pre-order. That title launches on September 22nd. The success of The Old Guard on Netflix has spawned calls for a sequel, and the ending of the film would suggest that follow-up movies are in the works (no spoilers!). Netflix has yet to comment though or make any official announcements. For her part, Theron shouted out Rucka and Fernandez on Instagram last week, writing, “Thank you for allowing us to bring your epic creation to life.” Source: Rolling Stone
Previous
Next
#theoldguard Charlize Theron Film Frontlist Frontlist News Music Netflix netflix Latest Movie Novel The Old Guard TV and Political News Coverage
1626