The University of California Press announced Thursday that it will publish Justice Thou Shalt Pursue: A Life’s Work Fighting for a More Perfect Union, on which Ginsburg worked in collaboration with Amanda Tyler.

Some final thoughts from Supreme Court Justice Ruth Bader Ginsburg and some previously unreleased materials have been gathered by one of her former clerks and will appear in a book coming out in March. 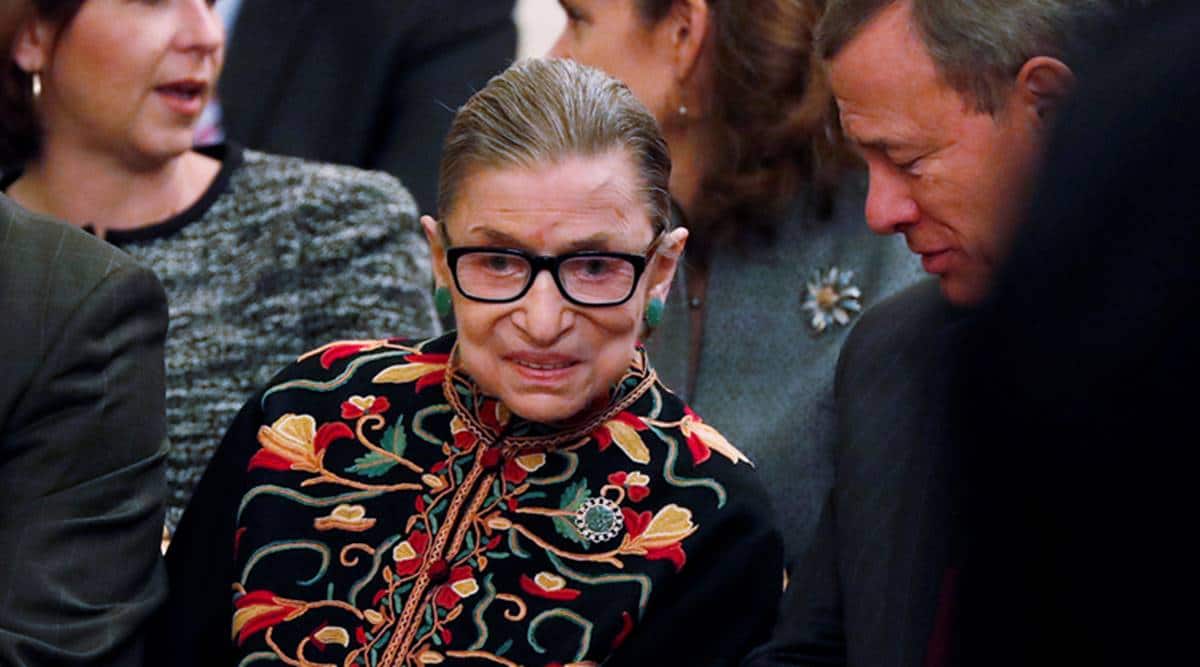 The University of California Press announced Thursday that it will publish Justice Thou Shalt Pursue: A Life’s Work Fighting for a More Perfect Union, on which Ginsburg worked in collaboration with Amanda Tyler. The book was in production at the time Ginsburg died, on September 18 at age 87, and was originally scheduled for next fall. Over the spring and summer of this year, as Justice Ginsburg and I assembled this book, I had the special privilege of working closely with her one last time,” said Tyler, now a professor of law at the University of California, Berkeley, in a statement.

“As we exchanged drafts of various parts of this book, the Justice was every bit as rigorous an editor as she had been 20 years ago when I clerked for her. Right up until the end, she was still teaching me about the craft of writing, how important precision is, and to never use four words when three will do.

According to the University of California Press, Justice Thou Shalt Pursue will make readers “privy to Justice Ginsburg’s perspective on her legacy as an advocate for justice as defined by her personal selection of favourite opinions written from the Supreme Court bench (many in dissent). This designation offers a unique lens for understanding how, and for what, Justice Ginsburg would like to be remembered.”

Next spring, the California press also will publish Paving the Way: The First American Women Law Professors, by the former dean of Berkeley’s law school Herma Hill Kay, who died in 2017. Ginsburg, a close friend of Kay’s, contributed a foreword and had asked that Paving the Way come out at the same time as Justice Thou Shalt Pursue. In 2019, Ginsburg visited Berkeley and delivered the first annual Herma Hill Kay Memorial Lecture.

This Is the Future of Book Publishing