Bollywood actor Neena Gupta whose film Sardar Ka Grandson recently premiered on Netflix has revealed that she had been writing an autobiography for the last few months. She shared a video of herself after she received the first copy of her autobiography. Take a look at how thrilled she looked while making the announcement.

Neena Gupta received the first copy of her autobiography

Neena Gupta took to her Instagram handle to share a video of herself with her book. She walked with excitement towards the camera and said that she is extremely happy. She asked her fans and followers to guess the reason and added that she received the first sample of her book Sach Kahun Toh. She thanked the publisher Penguin and also thanked everyone for their support throughout the journey. She wore a beige kaftan with black palazzo pants. She also shared a picture of the cover of her book. Neena Gupta’s autobiography is scheduled to get officially published on June 14, 2021.

As soon as the actor shared the video, her fans and followers wrote all things nice. Several celebrities like Nimrat Kaur, Pooja Dhingra and Guneet Monga congratulated her. Actor Rajeshwari Sachdev said that it was amazing that the veteran actor wrote an autobiography. Her fans congratulated her in huge numbers. They also flooded the comments section with heart and fire emojis. Here are some of the comments on Neena Gupta’s latest video. 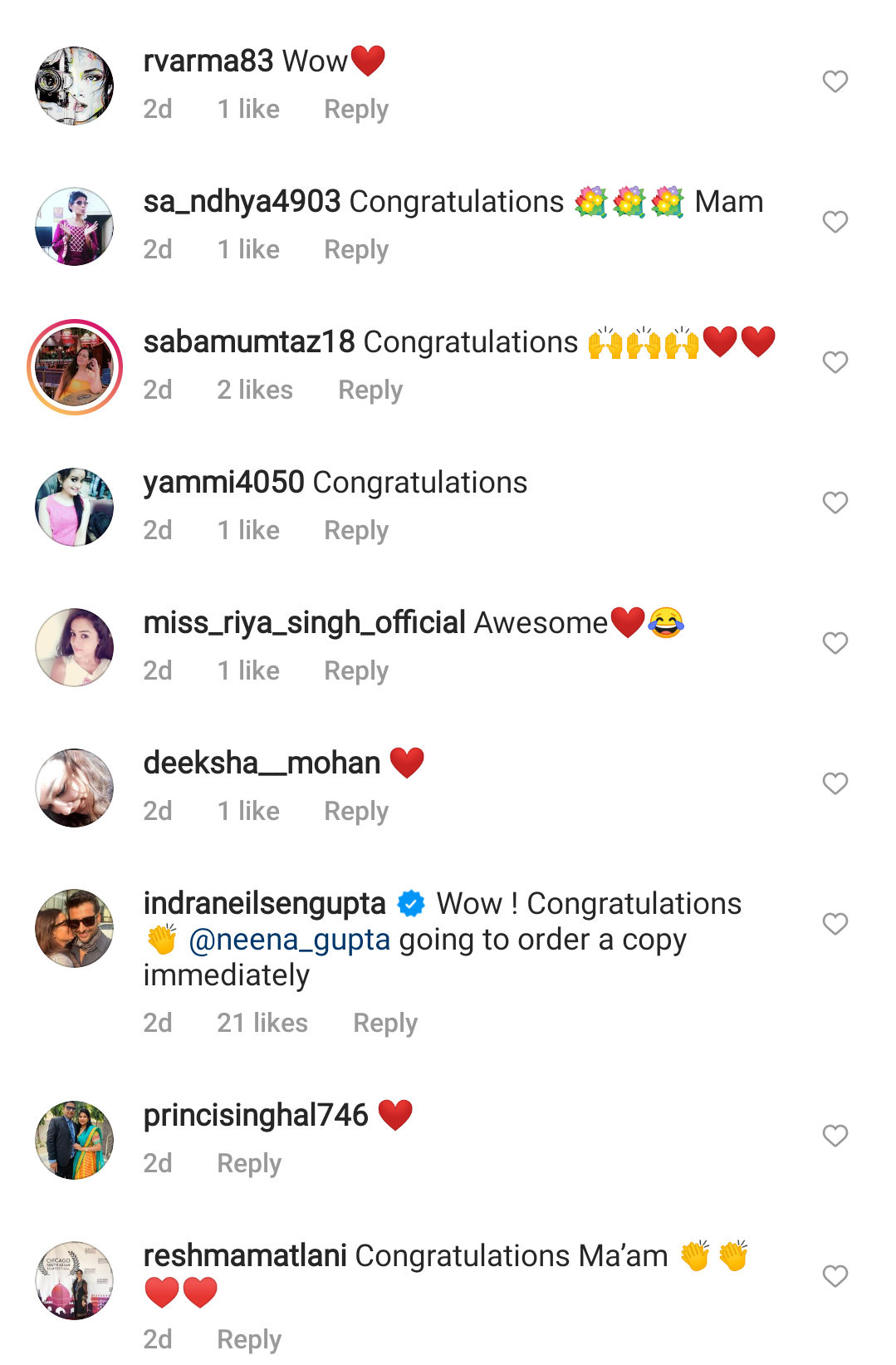 Sardar ka Grandson is a comedy-drama film directed by Kaashvie Nair and written by Anuja Chauhan and Kaashvie. The film features Arjun Kapoor along with Neena Gupta in the lead roles. In the film, Neena Gupta plays the role of Sardar Kaur, grandmother of Arjun Kapoor’s character Amreek Singh, who tries to fulfil her last wish. Actors John Abraham and Aditi Rao Hydari also feature in the film in brief but prominent roles. The background score of the film is composed by Gulraj Singh while the songs are composed by Tanishk Bagchi. The film premiered on May 18, 2021, on Netflix.