The Louder I Will Sing wins best biography, with other prizes including best novel for Monique Roffey and posthumous poetry honour for Eavan Boland

Debut author Lee Lawrence has won the Costa biography award for a memoir about his lengthy quest to find justice for his mother, who was left paralysed after being shot by London police in 1985. 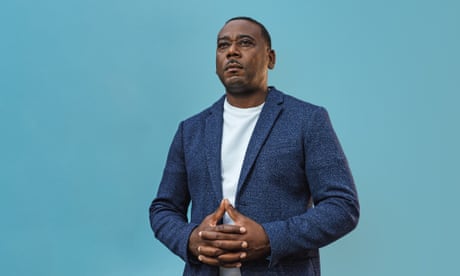 ‘The man who shot my mum is still living his life’: Cherry Groce's son on life after police brutality

Lawrence saw off competition from authors including Booker winner Julian Barnes to win the £5,000 biography category for The Louder I Will Sing. Judges for the Costa prize called it “a revelatory book and a terrific story” which is “acutely timely and exceptionally important”.

The memoir tells of how his mother Cherry Croce was shot by police looking for Lawrence’s brother in her Brixton home on 28 September 1985, when Lawrence was 11 years old. “In the middle of that hot pot of boiling-over rage, terror, confusion and noise, I realised they were police officers. The man who’d shot my mum was a policeman,” he writes. “Mum was wheezing on the floor, her face creased with pain, with worry. I can’t breathe, she kept saying. I think I’m going to die. I can’t feel my legs.”

The bullet shattered Groce’s spine, and she never walked again, with the wrongful shooting triggering two days of rioting. When she died in 2011, the pathologist found that it was bullet fragments left in her spine that caused the renal failure which killed her, with Lawrence writing of his lengthy battle to get the police to recognise their wrongdoing.

On Monday, Lawrence said he was “taken aback” by his win. “For me, writing the book was more of a mission, it was just about getting our story out there, a narrative that hasn’t been told before, and for people to get a bit more of an insight into my mum, to understand we were just a normal family living in Brixton,” he said. “One of my mantras was courage over fear, because it was a scary process to allow myself to be so vulnerable, so exposed. To be recognised in this way is like a bonus for me, something I wasn’t expecting.”

Lawrence, a social change advocate who created the company Mobility Transport, which provides accessible transport for disabled people, said he hoped the win would gain attention from “people who might not necessarily have looked at a book like this, who will learn something about what we went through, and maybe have more empathy about how people are treated differently just because of their skin colour and the area they happen to live in”.

The author, who today consults with the Metropolitan police to help improve community engagement, first thought about writing the book as a teenager, after seeing documentaries about the Brixton uprisings focus on the events of 1981, but skim over Groce’s story. “My mum’s story is just as important as what happened in 1981, why was there nothing about it in detail?” he said. “But it wasn’t until my mum passed in 2011, and I got hold of the internal investigation report into my mum’s shooting, I knew I had to start documenting what’s going on.”

Four other authors also won Costa prizes on Monday evening. The £5,000 Costa award for best novel went to Monique Roffey for The Mermaid of Black Conch, in which a fisherman’s singing attracts a centuries-old mermaid. Roffey’s seventh novel, described by judges as “a story of rare imagination and exciting scale – an adventure and a fable, a glorious myth that tells a far bigger story”, beat titles including Susanna Clarke’s long-awaited Piranesi to the prize.

The Costa first novel award was won by Ingrid Persaud for Love After Love, which is set in Trinidad around the unconventional household of Betty Ramdin, her shy son Solo and their lodger, Mr Chetan. Persaud’s story was described by judges as “an exuberant, outstanding novel, teeming with life, full of unforgettable characters and written with such brio and style”.

The poetry award was won by the late Irish writer Eavan Boland for her final collection, The Historians, which judges said contained “some of the finest lines of poetry written this century”. Boland is the third poet to win the category posthumously, joining Ted Hughes and Helen Dunmore.

The children’s book award went to Natasha Farrant for Voyage of the Sparrowhawk, in which two children set off from England to France in the wake of the first world war. “We loved everything about this remarkable, special, delightful book – pure heavenly escapism and a purely joyful read,” said judges.

More than 700 books were submitted for this year’s Costa awards, which recognise the most enjoyable books in five categories. One overall winner will be chosen later this month as the Costa book of the year, winning £30,000.

Since the book of the year prize was introduced in 1985, it has been won 12 times by a novel, five times by a first novel, eight times by a biography, eight times by a collection of poetry and twice by a children’s book. Last year’s award went to Jack Fairweather’s biography The Volunteer: The True Story of the Resistance Hero who Infiltrated Auschwitz.