Jallianwala Bagh is a place of pilgrimage for me: 'The Patient Assassin' author Anita Anand 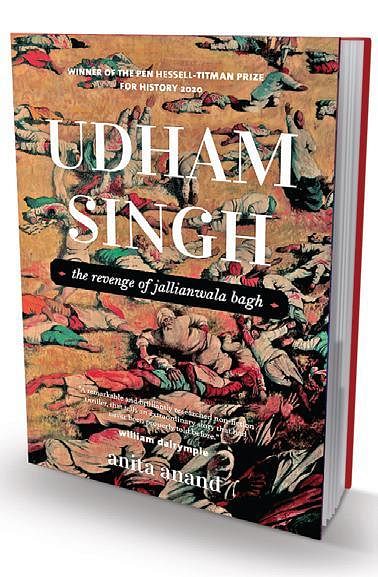 Yesterday (April 13), on the 101st anniversary of the massacre, Anand released the same book with a new name, Udham Singh: The Revenge of the Jallianwala Bagh, for the Indian audiences. Anand’s interest in the massacre is not just historical but also personal. Luck favoured her grandfather who was saved by a whisker on that illfated day in 1919. Though she was born in London, England, her Punjabi Sikh parents had migrated to India shortly after the Partition, before making the UK their home. Her family’s origins can be traced to Khyber Pakhtunkhwa, Pakistan. Excerpts: Why reissue a book with a new name? Here in Britain, where I live, the names Jallianwala Bagh and Udham Singh are unknown, while Reginald Dyer and Sir Michael O’Dwyer have largely been forgotten. The title The Patient Assassin, therefore, evoked intrigue and created interest here. In India, it feels only right to name the man at the center of his story. In a way, it is like bringing him home. What explains your deep interest in Udham Singh’s life? It is rooted in who I am. My teenage grandfather was at Jallianwala Bagh on April 13, 1919. Late for a meeting with a local scrap metal dealer, he left the picnic he was having with friends, telling them to save him something sweet for his return. He passed a column of armed soldiers, but had no idea where they were going. At the head of that column, he would later learn, was a man named Brigadier General Reginald ‘Rex’ Dyer. Everyone knows the rest. Around 20,000 civilians were at Jallianwala Bagh that day when Dyer and his men opened fire without warning or mercy. The youngest fatality was a six-month-old baby, the oldest a man in his eighties. My grandfather’s friends were among those slaughtered. Had he stayed, I would not be here today. Udham Singh was a similar age to my grandfather at that time, and I have always been drawn to his story, the man who avenged the dead that day. It took me years to separate the fact from the legend.   You have been born and brought up in London. Why this interest in Indian history? My parents raised me to be proud of our heritage and to know where we came from. Hindi was my first language, I was taught about Indian history, mythology and scriptures almost as soon as I could read. I am a product of Britain and India, so I am attracted towards subjects that straddle both the countries. How difficult was it to research on a sensitive historical topic, after all, Udham Singh, a hero in India, is viewed as a murderer by the British? My journalistic craft has taught me how to dig the dirt for the truth. When I find a fact, no matter how inconvenient or uncomfortable, I like to present it so that the reader can decide what to make of it. I take pains to acknowledge and present nuance. People are not cartoon characters. They all have light and shade, and it is vital to understand their complexities, which in turn helps to explain their extreme actions/reactions. I did this for Udham, and also for Reginald Dyer and Sir Michael O’Dwyer. Have you ever visited Jallianwala Bagh? Jallianwala Bagh is a place of pilgrimage for me. I have been there for research but also whenever I am in Punjab, I make a point to visit the place. The last time I was there (in 2018) I took my children for the first time. We sat and had a picnic together, much as my grandfather must have in 1919. I was overwhelmed seeing my sons laughing and rolling about. Had the fate deemed it otherwise, had my grandfather stayed in the bagh that day in 1919, my own sons would not exist. The thought is unbearable. Source: https://www.newindianexpress.com/
Previous
Next
Anita Anand Author Authors Book book news Books dham Singh: The Revenge of the Jallianwala Bagh Frontlist Book The Patient Assassin Udham Singh
1607