Frontlist | In the mood for adventure? Then pick up this 33-year-old Mumbaikar's comic book

Frontlist | In the mood for adventure? Then pick up this 33-year-old Mumbaikar's comic book
on Feb 17, 2021
Rahul Patil has been an animator since forever and now has a fanbase of his own on Instagram. His comic strips are really very popular! So when he decided to write a book, we just had to check it out What's next? — if you are showcasing a story and you hear these magical words, take it as a sign that your tale is working. When Rahul Patil participated in 100 Days of Sketching for the second time and four of his illustrations clicked so well with his online followers that it prompted them to ask, What next?, he took it as his cue and expanded it into a whole comic book. But wait, there's more. He did not just illustrate it, he also wrote it and got it published on his own, sans the help of a publishing house. This wonderful work of art is called Jambalaya, a book about an adventure that a couple undertakes. Here comes the couple Who is this couple? It's Rahul and his wife, Kishori, who goes by the name Kiri in the book. The 33-year-old is quite the rage on Instagram with over 10k followers and it wouldn't be wrong to say that his claim to fame has been the simple life of him and his wife, illustrated as comics. He must have over 60 strips by now, so he has indeed been dwelling on this theme for a long time. I run everything by her and if there is anything that might even remotely offend her, I inform her in advance, says Rahul and makes us go awww! The duo's daily shenanigans are all very well-documented by this Mumbai-based illustrator and comic artist.
And it is with the same thread that he has woven the story of Jambalaya. A mysterious package transports the couple to Africa and there is a puzzle for them, waiting to be solved. In July 2020, when I first vetted the idea on Instagram, I received 26 pre-orders in just three days and by the end of it, the number was 56. This gave me the boost I needed to put my head down and work on the 42-page book, shares Rahul who quit his job as a 3D Animator in January 2020 to go the independent route. How the book came to be Treating the graphic novel Bot-9 by Derek Laufman as his Bible, Rahul started exploring the various ways of telling a story and worked very hard on it. Why did he need to work on it though? Because on IG, he is used to writing within small square panels, but this is a whole book we are talking about! He then visually created as many as seven settings with intricate details like a jungle, an ancient temple and a cave. The cave had inscriptions of a dinosaur and a pillar in the temple has ancient carvings — all that was time-consuming, points out the youngster. Not just that, details like the thickness of paper and the intensity of colours, which otherwise a publishing house takes care of, Rahul had to figure it all out with a local printing press. But he successfully executed this magnum opus and in December 2020, Rahul had 200 copies of Jambalaya in his hands, hot from the press. (A little heads up here, 100 copies have already been sold!) 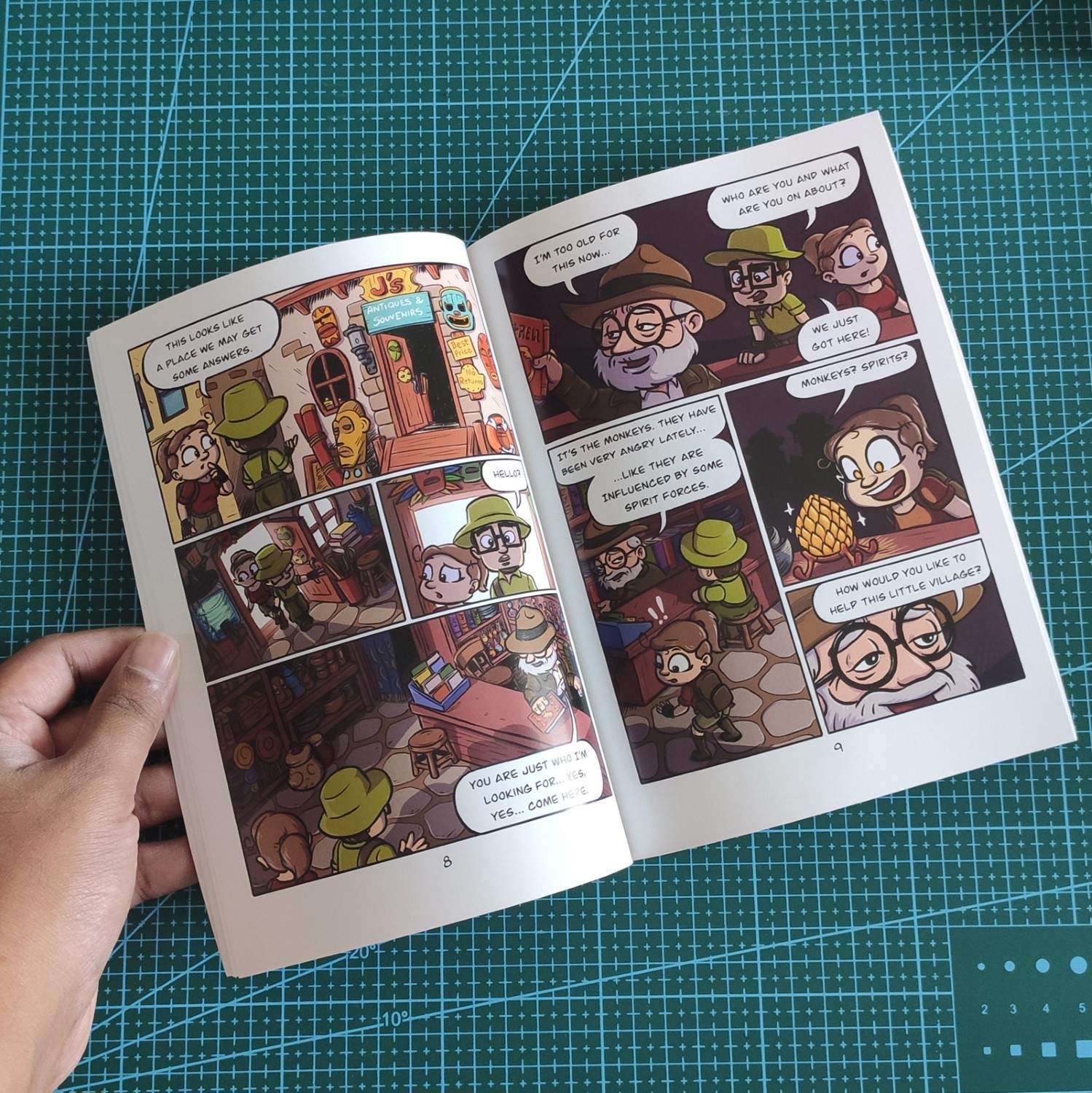 For someone who has been drawing since his childhood, this book is a big deal for the Mumbaikar and his heart is filled with gratitude. That's why when someone buys his book, he also ships an exclusive concept art print and an A5 art print along with a note listing all the names of his first backers. No wonder even popular illustrators like Kesh have only high praise for Rahul, which is printed for everyone to see on the book's back cover. Rahul is already onto his second book so be assured that you won't be left wanting more for too long. Read More: Bestselling author Kavita Kane to pen the untold story of goddess Saraswati Source: Edex Live
Previous
Next
3D Comics News Frontlist Comics Covid-19 Frontlist Article Frontlist India Instagram Latest news
2429

Best Friendships in the Fictional World