While Poornima Seetharaman grew up in a tiny village in Palakkad, Kerala, her father was working in the city. The village’s orthodox outlook reflected in Poornima, until her father gave her a a pair of jeans. As soon as she put them on, other girls in the village followed suit. It is a memory the now 36-year-old Poornima continues to be empowered by, and every bit of pride is felt over a call with MetroPlus for International Women’s Day (March 8) and Women’s History Month. The lead game designer at Zynga Game Network first fell in love with video games through Dungeons And Dragons, which catapulted her from gamer to programmer and designer. “Whatever I missed out on or liked, I wanted to create.” Fast forward 15 years, and her journey has seen some remarkable turning points: in 2020, she was the first Indian inducted into the Women in Games — Global Hall of Fame, was one of the winners of the Special Recognition Award 2020, and was one of the runners-up of Mentor of the Year 2020 by WomenTech Network. There is still a novelty of being a “female game designer”. Poornima, however, tunes out these reactions, “It is beyond being old or annoying; it has become background noise. Some people do ask about it from a point of genuine curiosity. And, of course, there are the people who continue to mock you – even after 15 years!”

Higher education sees more women signing up for game design as a full-time course — a departure from its former status as a casual elective as an extra credit. Poornima, who happens to be a visiting faculty at National Institute of Design, explains, “Families and parents should also be made aware of the career growth that can come in game development. Like acting or fashion, there will be some hesitation to invest in education but we need to have more awareness studies for parents, too.” 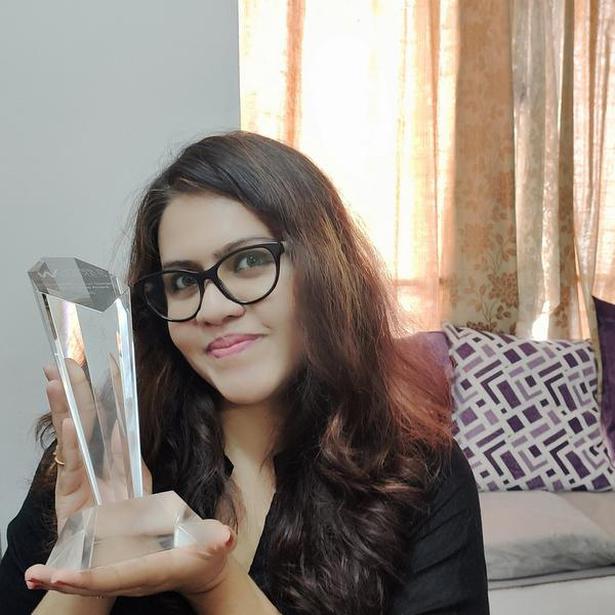 Female gamers and designers alike are now able to challenge the notion that women are not competitive, prefering cooperation within their game-play. Poornima believes in a “broad-minded spectrum of player types.” It varies from player to player, she says, as well as game experience. For example, Tetris – one of the most casual games out there – has world championships. Poornima insists, “Women can get competitive, let everyone play what they want. This elitism in gaming is annoying.” Poornima is grateful for her journey so far. She started as a game programmer and progressed to game designer in the same company. In one of her job interviews, she was asked about her love for Warcraft III but the interviewers were not convinced. “They asked me to write the story of Warcraft to make sure I was actually a fan and a gamer!” A man would never have been set a similar task. “It happens even after experience.”

It’s all about drive

Gamers like to feel represented not just in game-play but in the creator level too. Is there anything audiences can do to encourage more diversity within the gaming company hires? Poornima says it should start at the hiring level and the company’s perspective on equality. “Many companies have diversity initiatives, but in India, it is hard to find a female game designer at certain levels. We need more female leaders in gaming. There is a shortage in the resource pool and a general lack of talent in the country since many feel that the opportunities are greater abroad,” she states. “Compared to 15 years ago, though, there has been great change – but the growth has not been as exponential as I hoped, and it has not been linear either.” This drives Poornima to do more. “I have had to work twice as hard than a man to get a promotion.” She looks back on a time she was employed in her early years and her new colleagues assumed she was merely a diversity hire. “After working with me for a few months, one of the developers came up to me and said, ‘I’m really sorry but when you were hired, I thought you were hired just for diversity. They had picked you over one of my better friends who is a great game designer. But having worked with you, I realise it is your skill and not your gender.’ So that was a turning point; when someone takes courage and admits that and also makes a change.” She also admits, she will not hire a woman just for the sake of gender, but she points out that there should be a potential for scaling up that person’s skillset. She adds, “I said this at a panel and said I don’t want to engage in tokenism. But we must also understand that there needs to be some equity to attain true equality. Finding the right balance is critical.”

Poornima does not back down from tough talk. At a gaming conference where she was part of a panel on women in video gaming, when the topic veered towards misogyny, Poornima says some panelists were hesitant to talk about their experiences. “I refused to stay quiet. Of course, we have faced gender inequalities. For the women attendees in the audiences who are new in the industry or are even gamers, if they do not hear about our experiences, they may wonder if they are the ones doing something wrong; I don’t want that. Having said that, it is because of good men, that I continue to be here and have seen this growth. We have to talk about the positives and negatives” Diversity at these conversations is not just gender though — one can look at a lot of gaming panels and see mainly white women. Women of colour in these events are very few, agrees Poornima, who recognises the efforts made by some women leaders. “A lot of the women ambassadors often start communities and funding channels to help game developers from minority communities to scale up. Diversity does come from socio-economic backgrounds and a lot of them cannot afford a gaming system to even get started. We are missing out on incredible talent if we do not create these pools, and get these people seen, trained and funded!” Without these conversations, the pattern would continue — men playing games created for and by men. “If we are able to make a change in a single thought process, it is better than none,” she points out, keeping in mind there is a world of progress ahead for the gaming industry.
Previous
Next
female game designer interview Frontlist Frontlist Article Frontlist India news Frontlist Latest news Frontlist News Google news india gaming industry Women in Games - Global Hall of Fame zynga games network
2049

As the crisis bites, Egyptians hope to find deals at the book fair

8 Rules of Love : How to Find it, Keep it, and Let it Go by author Jay Shetty

Interview With Partha Basu, author of "Outskill : Future Proofing Your Career in the Post-Pandemic W....