Frontlist | Looking back with Memoirs

Frontlist | Looking back with Memoirs
on Feb 04, 2021
Reflecting on the past has often proven to be a great exercise by philosophers and scholars alike.
Reflecting on the past has often proven to be a great exercise by philosophers and scholars alike. The act helps in shaping the future as it brings us face-to-face with our own self. Memoirs, in this way, do a stellar job. Promising both good creative writing and genuine research are the many upcoming memoirs in the Indian publishing industry. In Rumours of Spring: A Girlhood in Kashmir, the author Farah Bashir recounts her adolescence years in Srinagar in the 1990s, after the armed insurgency erupted against New Delhi. This book answers many questions, which perhaps a person living in another state in India might have not thought about. (HarperCollins) Power, Press and Politics, by Alok Mehta is a groundbreaking, insider account of the workings of the Indian media — both print and electronic, and across English, Hindi and regional publications. The Padma Shri awardee, who talks from his experience of 50 years, presents many cases, which garnered public attention. (Bloomsbury) The inner workings of theatre by a stellar playwright is to be well-depicted in This Life at Play: Girish Karnad. To be released on the director’s 83rd birth anniversary on May 19, his memoirs were first published in Kannada in 2011 and were to be translated into English by Karnad himself, but he could only finish a part of it. According to Udayan Mitra, Publisher — Literary, Harper- Collins India, “Quite simply, it is one of the greatest memoirs to come out of India. This original classic in Kannada has been wonderfully translated into English by Srinath Perur, building on the parts translated by Karnad himself.”(HarperCollins) Another theatre imprint is Enter Stage Right: The Alkazi- Padamsee Family Memoir where author Feisal Alkazi narrates the story of the Alkazis and the Padamsees — two families who maintained an equivocal position in art, theatre and literature, while, breaking new grounds in some of the most important events in post- 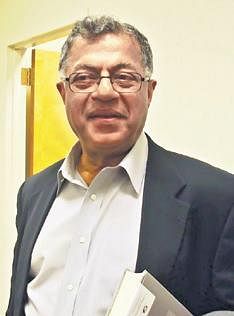 Authors Who Break the Stereotype of Cliché Romances