In an episode of “Game of Thrones,” Jon Snow once said: “I’m not going to swear an oath I can’t uphold. When enough people make false promises, words stop meaning anything.”

The 78th World Science Fiction Convention, also known as Worldcon, kicked off in New Zealand on Wednesday. And it marks a deadline author George R.R. Martin set for himself last year for finishing “The Winds of Winter,” the planned sixth novel in his “A Song of Ice and Fire” series. The fantasy books are the basis of HBO’s epic drama “Game of Thrones,” which concluded its run last year.

“If I don’t have ‘The Winds of Winter’ in hand when I arrive in New Zealand for Worldcon, you have here my formal written permission to imprison me in a small cabin on White Island, overlooking that lake of sulfuric acid, until I’m done,” wrote Martin in a Not A Blog post in 2019.

The message was in response to Air New Zealand’s invitation for a free “epic trip” to help him finish the book. The American author appreciated the generous offer but said he “fear[ed] that New Zealand would distract me entirely too much.”

Plus, Martin already had future plans to visit New Zealand for Worldcon; he had been invited to serve as the toastmaster, which includes hosting the Hugo Awards, considered one of the top honors for science-fiction and fantasy works.

Due to the COVID-19 pandemic, Worldcon, like everything else in the world, has gone virtual this year. Technically, this gives Martin an out on his written promise about having a published copy of “The Winds of Winter” in hand since he hasn’t physically made his way to New Zealand. 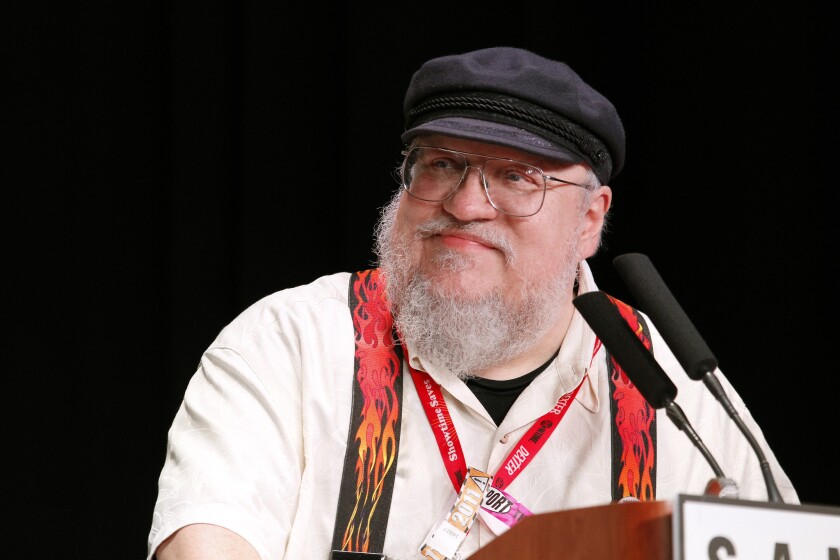 In a recent post explaining how he was recording videos for the virtual Hugos, Martin wrote, “Of course I am still working on ‘Winds of Winter’ as well. That really should go without saying, yet somehow I need to say it, or someone might make stupid assumptions.”

Martin has noted on multiple occasions since coronavirus-related shutdowns started that he has continued to work on the novel.

“If nothing else, the enforced isolation has helped me write,” Martin wrote in a June post on his website. “I am spending long hours every day on ‘The Winds of Winter,’ and making steady progress.” He added that he hoped to be done with the book by next year.

But “it’s going to be a huge book, and I still have a long way to go,” he wrote.

The fifth and most recent book of the “A Song of Ice and Fire” series, “A Dance With Dragons,” was released in 2011.