His Holiness, the Dalai Lama has written a book on climate change that will be releasing this year.
His Holiness, the 14th Dalai Lama, is the spiritual leader of Tibetan Buddhists. He was born in 1935 in Tibet but fled to India after the occupation of Tibet by China in 1959. From there he has since worked for the independence of his homeland. In 1989, he was awarded the Nobel Peace Prize, for his work.

He has written many books, such as his autobiography and several books on philosophy such as ‘Leaders’ Way – Business, Buddhism and Happiness in an Interconnected World’, ‘A Force For Good: The Dalai Lama’s Vision for Our World’ and a series on Buddhist philosophy titled, “Library of Wisdom and Compassion”. He just published a children’s book this year titled, ‘The Seed of Compassion: Lessons from the Life and Teachings of His Holiness the Dalai Lama’. 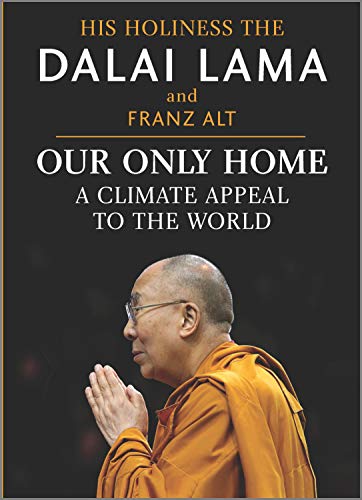 His upcoming book is titled, ‘Our Only Home: A Climate Appeal to the World’ and has been co-written with German environmental journalist Franz Alt. According to the description, “In this inspiring new book, the Dalai Lama, one of the most influential figures of our time, calls on political decision-makers to finally fight against deadlock and ignorance on this issue. He argues that we all need to stand up for a different and more climate-friendly world, and to allow the younger generation to assert their right to regain their future.”

Jim Martin, commissioning editor at Bloomsbury Sigma told The Bookseller, “As we slowly emerge blinking from the torment of the Coronavirus epidemic, we need to focus our efforts on the existential challenge of climate change. In this book, the Dalai Lama shares his vision for how change can happen. The world needs to hear and heed his words.”