Frontlist Book | Stephen King Reveals New Book With Plot Details And Cover Artwork
on Aug 05, 2020 It’s a good time to be a Stephen King fan. Movies and TV shows based on his body of work are hot property right now, and on top of that, the acclaimed horror writer has just announced a new novel. Revealed through the author’s Twitter account, his latest book is titled Later and it will be a pulpy crime-thriller with undertones of IT. Titan Books will publish the title as part of its ‘Hard Case Crime’ series, which also includes the King novels The Colorado Kid and Joyland. Along with the book’s title, the author also revealed its retro-style cover artwork and a release date of March next year. See for yourself below: 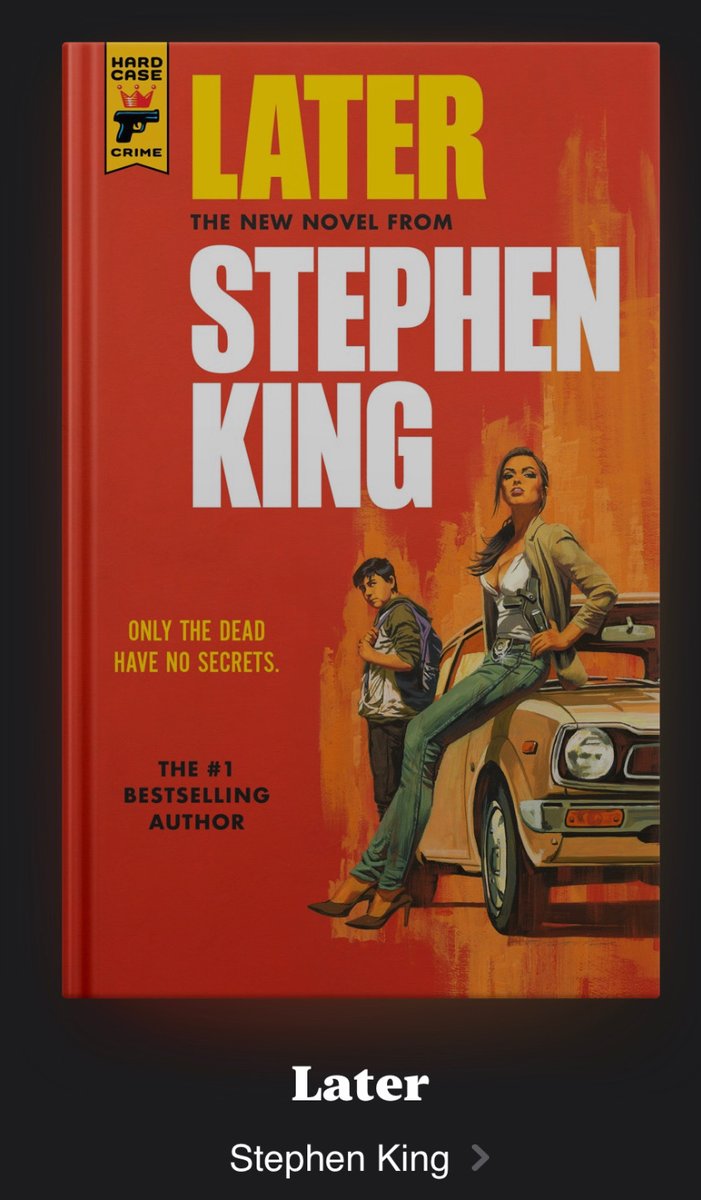 Incredible Stephen King Tribute Poster Has Almost 200 Easter Eggs
Since King’s tweet went out, Amazon has listed the book on its online store with a more specific release date of March 2nd. Moreover, the internet retailer has included a rundown of the novel’s plot. The story will follow a struggling single mother whose child, Jamie, was born with the unnatural ability to “see what no one else can see and learn what no one else can learn,” a power she urges him to keep secret. Jamie, however, must call upon his unusual gift when an NYPD detective draws him into the pursuit of a killer who has threatened to strike from beyond the grave. Classic King stuff, then. King is still a prolific writer these days and continues to put out at least one novel a year, although his latest works have seen him stray from his horror roots into other genres such as crime and thriller. His most recent book, The Institute, is a blend of classic horror and science fiction which earned positive reviews upon release last year. It’s expected to be adapted as a TV limited series at some point as well, so there will be no shortage of Stephen King content for his fans to immerse themselves in for the foreseeable future.
Previous
Next
Book Launch 2020 book launch 2021 Book news Frontlist Book Release Later Frontlist Frontlist Book Frontlist Book News Frontlist Latest Frontlist News Frontlist Stephen King Later new Book by Stephen King New Book News
1404