hat can history teach us about who we are today? It’s a question of enormous scope, but one that the authors of this month’s best books tackle with honesty and care. In her highly anticipated book Caste, journalist Isabel Wilkerson outlines a new framework to understand social hierarchy in the United States. In their twisty novels, Daisy Johnson and Charlotte McConaghy examine what makes people run away from the lives they once led. And in a sweeping collection of Native poetry, the voices of more than 160 poets demonstrate the evolution of Native literature. These books, among several others, pose crucial questions about how the past shapes the present.

Here, the 12 new books to read in August. 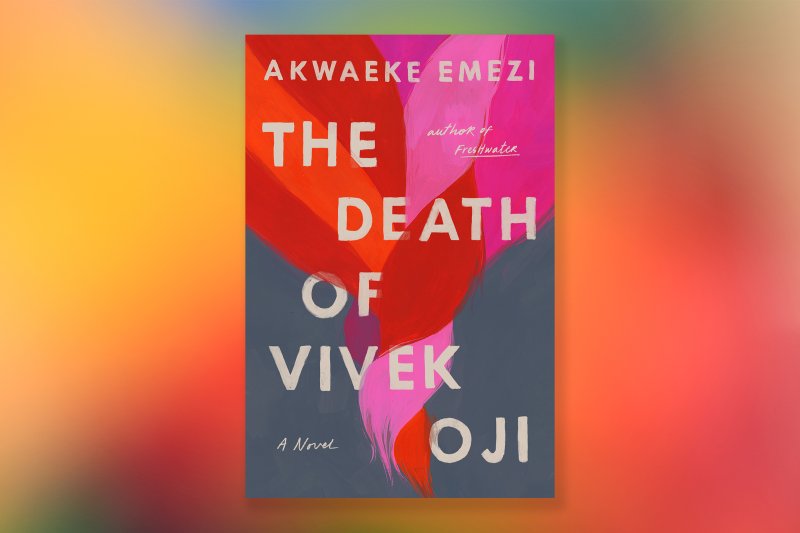 The first chapter of Akwaeke Emezi’s latest novel contains just one sentence: “They burned down the market on the day Vivek Oji died.” From there, the story moves forward and backward in time, unveiling the titular character’s coming-of-age in Nigeria, where his family struggled to accept who he wanted to be. In chapters that flip between various voices in Vivek’s life, including Vivek’s own, Emezi dissects how a community can grieve a person they never truly understood.

Buy Now: The Death of Vivek Oji on Bookshop | Amazon 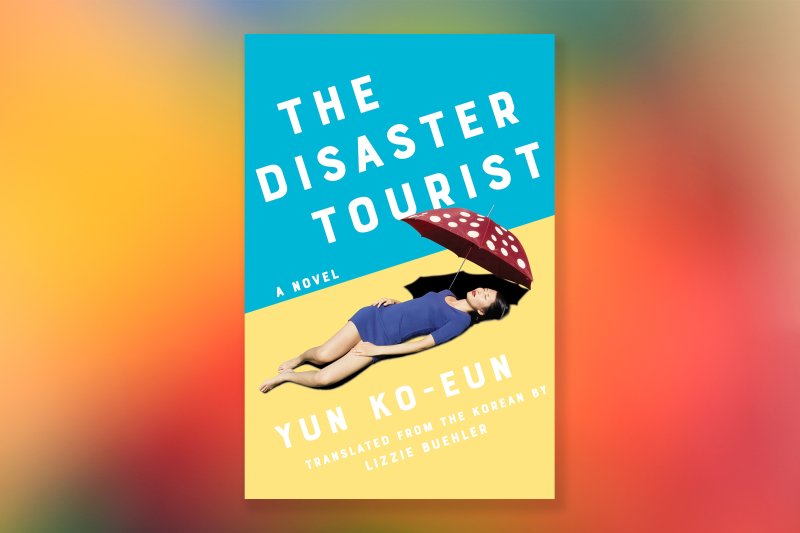 After being sexually assaulted by her colleague, Yona Ko wants to leave Jungle, the travel agency where they both work. But when she tries to resign, she’s presented with an intriguing offer: a paid trip to one of Jungle’s destinations. But Jungle isn’t a normal travel agency—they specialize in disaster tourism, building itineraries in areas once hit by tsunamis, hurricanes and more. The Disaster Tourist follows Yona as she embarks on an increasingly strange and thrilling trip to the island of Mui, where she discovers the very dark sides of the tourism industry. 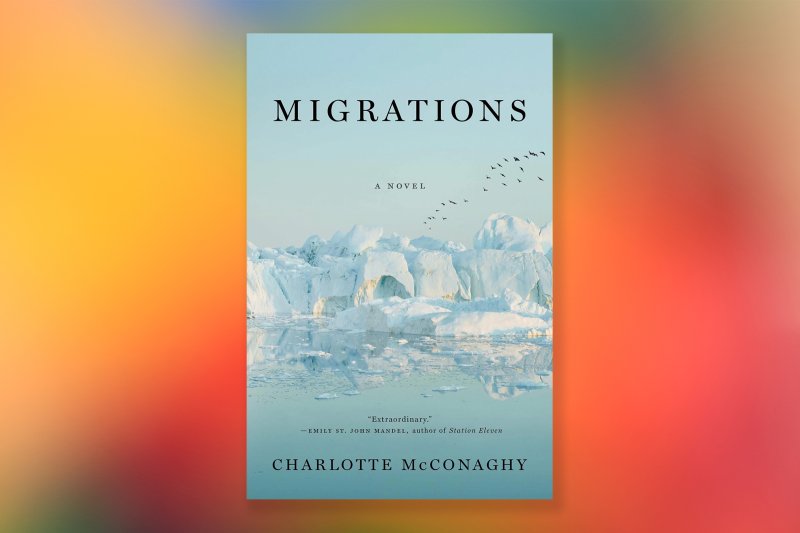 Franny Stone has just arrived in Greenland, and she’s on a mission: to track the last migration of the Arctic tern. The 30-something from Galway talks her way onto a fishing boat and begins a dangerous journey at sea. Set in a world eerily similar to our own, Migrations is a bleak look into a future where wildlife is disappearing at a rapid rate, leaving Franny desperate to chase the terns before they’re gone for good. But why that bird? In uncovering the answer, McConaghy paints a gutting portrait of a woman worn down by a world she never quite fit into. 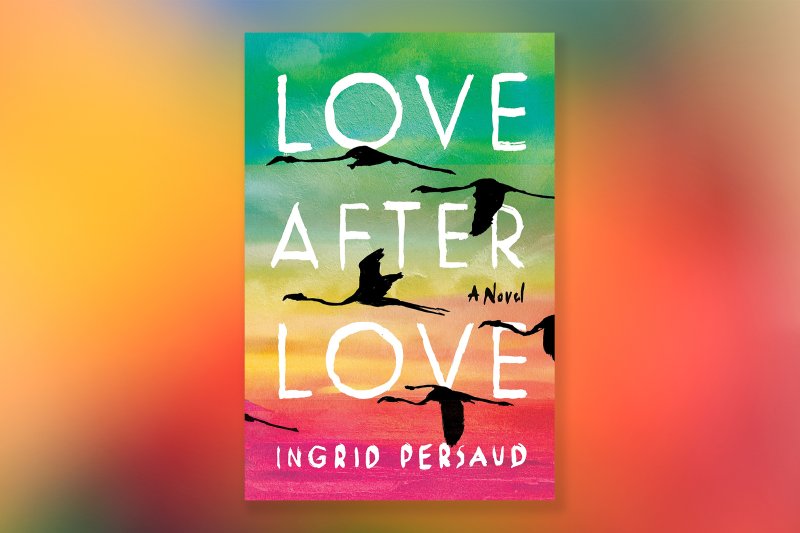 In the years that follow the death of her abusive husband, Betty Ramdin opens up her home to her colleague Mr. Chetan. The two live together platonically and raise Betty’s son Solo, rebuilding a family unit that was once shattered. But this new unit falls apart when Solo discovers a secret from his mother’s past—one that drives him to flee their home in Trinidad for New York. Written in Trinidadian dialect, Ingrid Persaud’s bruising debut delves into the heartbreaks that accompany everyday life, culminating in a powerful examination of what it means to be part of a family.

Caste: The Origins of Our Discontents, Isabel Wilkerson (Aug. 4) 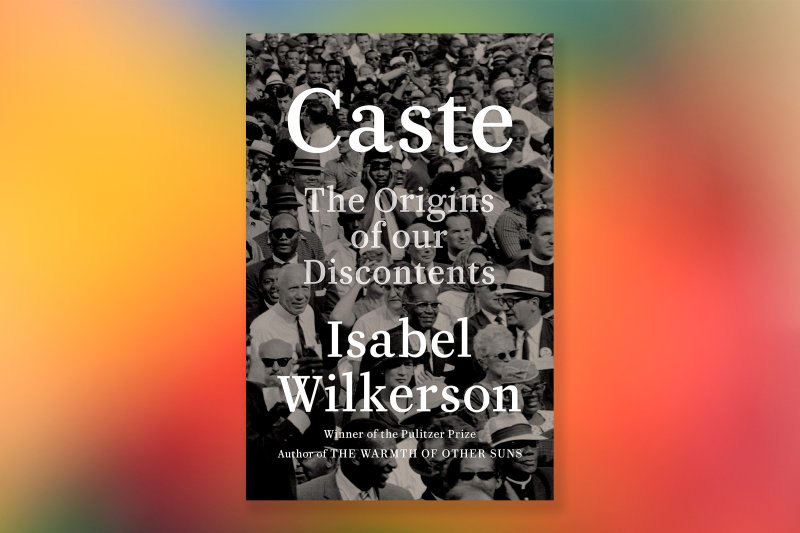 The latest book from Pulitzer Prize-winning author Isabel Wilkerson focuses on the formation of social hierarchy in the United States by exploring the country’s unspoken caste system. Wilkerson provides a masterful framework for understanding American inequality, building on more than a decade of research, to illuminate the divisions that occur in the United States, widening the scope beyond race and class. In highlighting the ways the caste systems of America, India and Nazi Germany are all connected, Wilkerson forces her readers to reevaluate the systems into which people are born.

Belabored: A Vindication of the Rights of Pregnant Women, Lyz Lenz (Aug. 11) 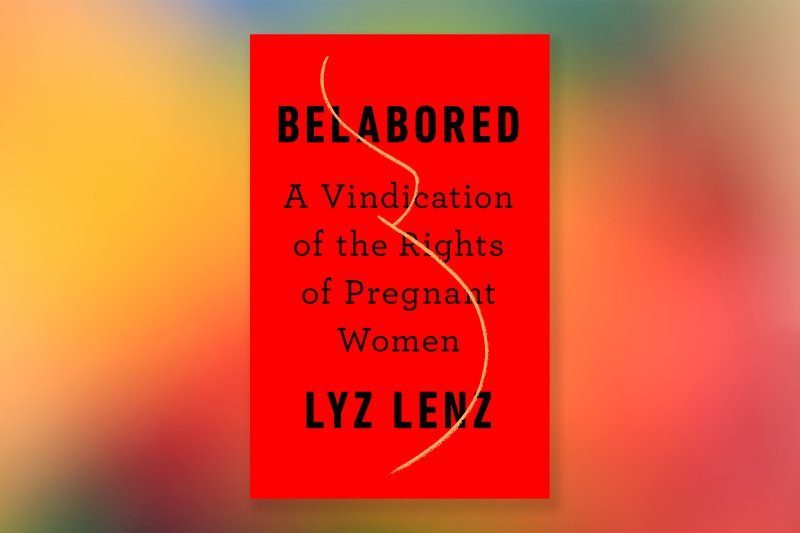 Writer and editor Lyz Lenz wants us to start treating pregnant women differently. In her searing new book, she analyzes why it’s so difficult to be pregnant in America, blending together historical research, feminist theory and her own experiences as an expectant parent. She asks us to consider our definitions of pregnancy and motherhood, the imagery that they conjure and the myths that need debunking. In a voice full of humor, passion and urgency, Lenz asks that women be the ones making decisions about their bodies. 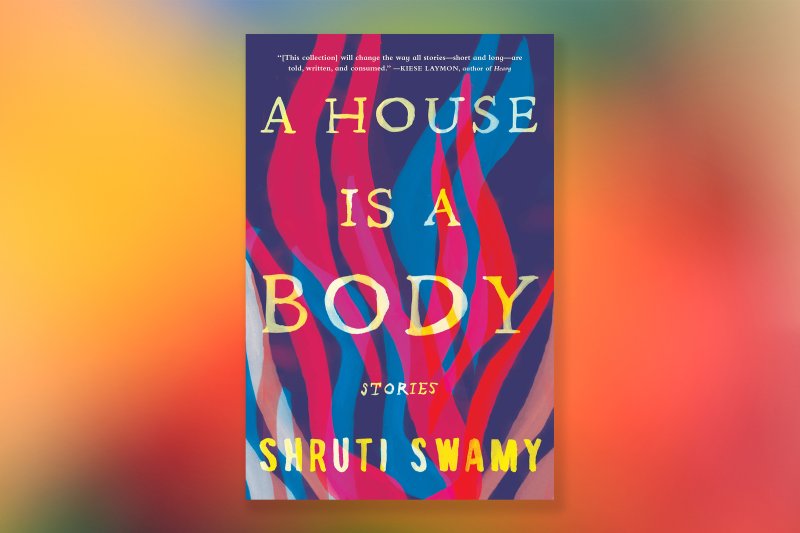 In her debut collection, Shruti Swami explores lust, loss and loneliness through 12 short stories set in the United States and India. The characters in A House Is a Body navigate disasters on small and large scales: in one story a man wrestles with grief over his wife’s death as he continues to raise their child, in another a woman is trapped in her home as a nearby wildfire picks up speed. Throughout, Swamy connects the narratives through her clean prose, punctuating moments both surreal and eerily realistic.

Buy Now: A House Is a Body on Bookshop | Amazon

When the Light of the World Was Subdued, Our Songs Came Through: A Norton Anthology of Native Nations Poetry, Joy Harjo (editor)(Aug. 25) 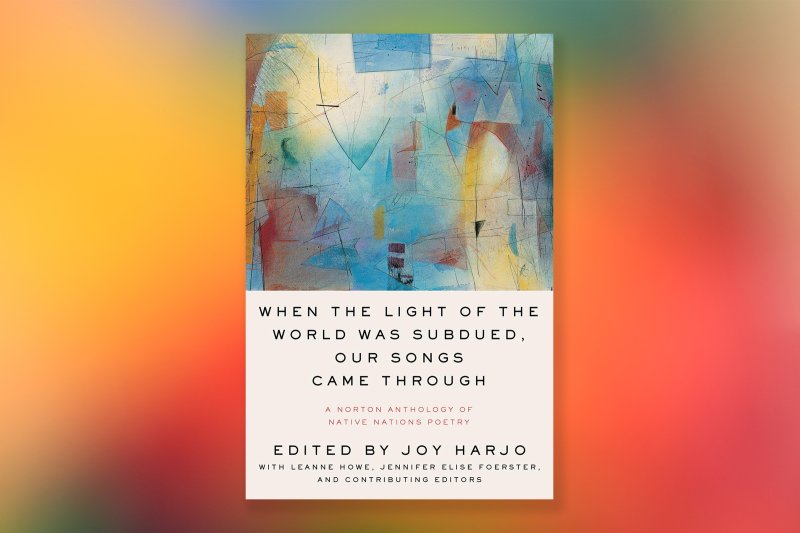 More than 160 poets from almost 100 Indigenous nations comprise this comprehensive anthology, which showcases poetry that span centuries. The five sections of the collection represent the different geographical regions of the United States, and include a range of voices, from Eleazar, a 17th-century student at Harvard, to contemporary poets like Tommy Pico and Layli Long Soldier. The anthology, edited by U.S. Poet Laureate Joy Harjo, celebrates the power of Native literature and underlines the impact it has had on American poetry.

Buy Now: When the Light of the World Was Subdued, Our Songs Came Through on Bookshop | Amazon 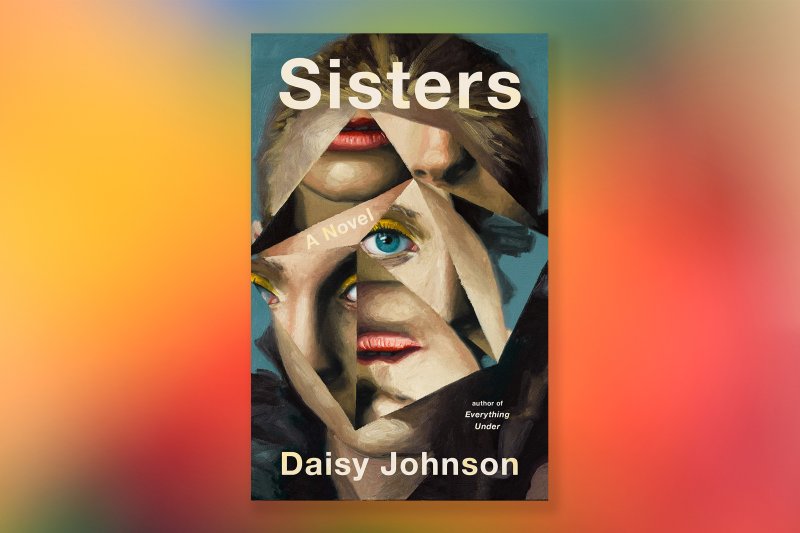 Can sisters ever be too close? It’s the question at the core of Daisy Johnson’s unsettling new novel, which traces the plight of teenage sisters July and September. The girls recently moved with their mother to a remote cottage on the coast after fleeing their home in Oxford. In unraveling exactly what the sisters are running away from, Johnson crafts an aching thriller about the dangers of loving too intensely. 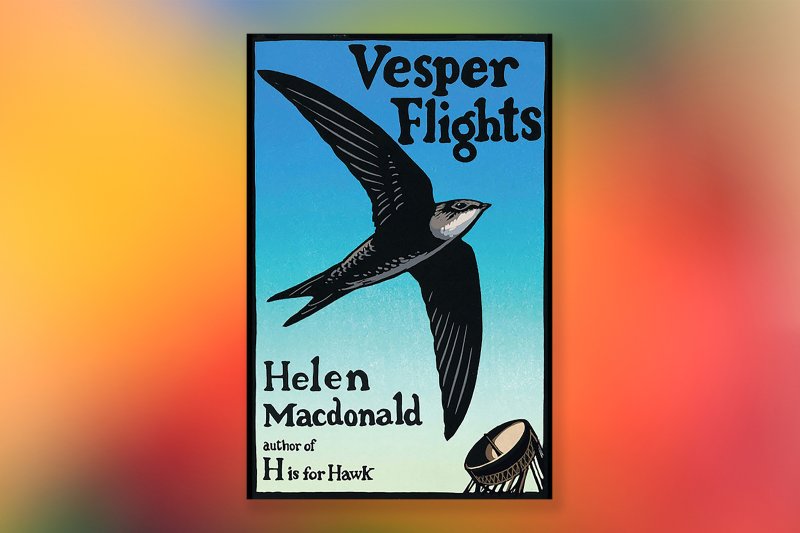 In her 2015 memoir H is for Hawk, naturalist Helen Macdonald reflected on how her relationship with a goshawk helped her grieve her father’s death. In her new collection Vesper Flights, Macdonald again grapples with feelings of loss and love and relates them to wildlife. In essays both new and old, Macdonald makes stunning observations about the animals that surround us, from cranes in Hungary to songbirds in New York City, revealing what these creatures can teach us about ourselves. 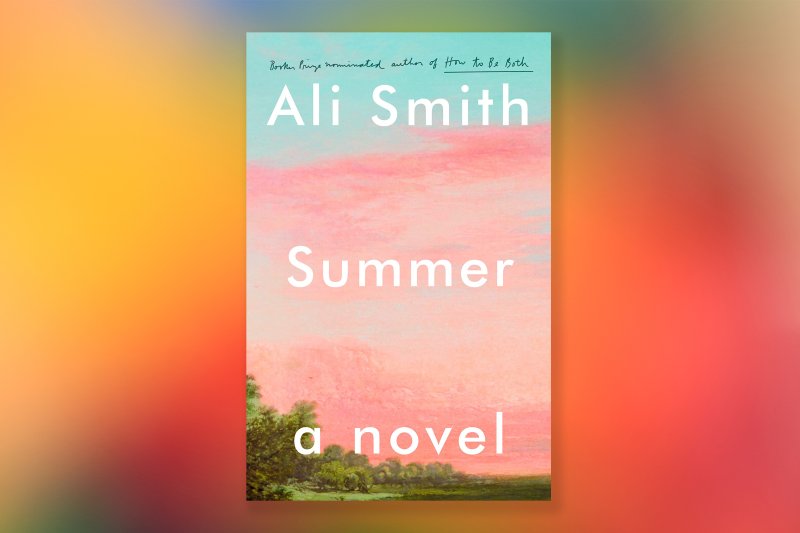 Like its predecessors, the fourth and final installment of Ali Smith’s beloved Seasonal Quartet series is anchored in the very real tensions of our present moment. Set against the backdrop of the coronavirus pandemic, Summer dives into our current sociopolitical landscape through the story of siblings Sacha and Robert. As the duo attempts to understand their place in the world, Smith weaves in characters from past books and tackles issues like immigration and Brexit. 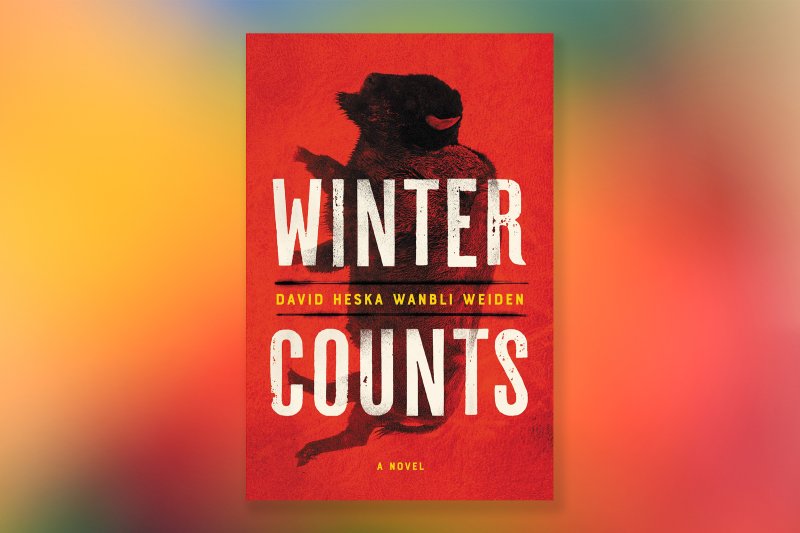 At the center of David Heska Wanbli Weiden’s crime thriller is Virgil Wounded Horse, the local enforcer on the Rosebud Indian Reservation in South Dakota. Though he’s used to doling out punishments in his community, things get personal when his nephew overdoses on heroin. In Winter Counts, Virgil becomes obsessed with figuring out how the drugs got into the reservation, leading him on a gripping journey to Denver with his ex-girlfriend.