From heroin to India’s first heroine: Indian American author Sini Panicker speaks about her debut novel
on Mar 11, 2021
Indian American author Sini Panicker’s debut novel Sita: Now You Know Me was published earlier this month by Rupa Publications India. A chemist by training, she works for the U.S. government as a heroin profiler. The novel is about the journey of Sita from the Ramayana, India’s first epic poem in 24,000 verses, written by Sage Valmiki. The substantial silence of Valmiki on Sita has been exploited by countless writers and poets since the time of the epic. Sita: Now You Know Me follows this much-traveled path, but with an intimate portrayal of Sita in her most human, imperfect yet appealing form. Born and raised in Kochi, Kerala, Panicker holds a master’s degree from the University of Kerala and another master’s from the American University in Washington, DC. She lives in Northern Virginia, just outside of Washington, DC. In an exclusive interview with the American Bazaar, Panicker spoke about the book and her career, among other topics. Since this is your debut novel, let us talk about you first. Who is the author of Sita: Now You Know Me? What can you tell us about yourself? Well, let me start by saying that I have no real connection to the world of literature. I haven’t studied literature. I have never had a chance to be a part of it. I read books when I can — and that’s the only connection. I immigrated to the United States in my twenties, after getting a master’s degree in chemistry. I am a scientist by profession. My employer is the U.S. government; the Department of Justice, to be exact. I am a wife and a mother too, and we live in Northern Virginia. Your book bio says you are a heroin profiler for the US government. What does it mean? 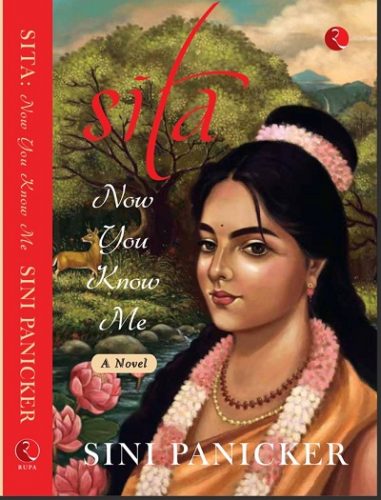