COVID-19: Education recovery plan criticised as inadequate amid reported Whitehall squabbles over cost
on Jun 02, 2021 A COVID rescue plan to help children in England catch up on lost lessons, costing £1.4bn, is being unveiled by the government. But plans to add half an hour to the school day, extending it from 8am to 5pm or 6pm, are reported to have been postponed after a Whitehall row over the cost. As part of the recovery package, 17 and 18-year-old students will be given the option to repeat their final year if they have been badly affected by COVID. The government claims children across England will be offered up to 100 million hours of free tuition to help them catch up on learning lost during the pandemic.

Government left schools with no plan for disruption to education caused by pandemic, says report

The plan has been drawn up by Sir Kevan Collins, appointed as the government's COVID catch-up tsar in April, who says at its heart are three Ts: extra time, teaching and tutoring. But lengthening the school day or shortening the summer holiday is now under review as Sir Kevan battles against the Treasury for an estimated £15bn to fund his full plans, with Chancellor Rishi Sunak said to be pushing back against them because of the massive cost. Education Secretary Gavin Williamson told Sky News there was a debate to be had as to whether children should be exiting the school gate - as they do in some schools - at 2.45pm, or whether they should be in school later. But he added it was right that we work with schools and teachers as well as parents and children as to what delivers them the best benefit. Asked why the government had not yet brought forward proposals to lengthen the school day within its education recovery plan, Mr Williamson said: What we've recognised is we want to bring forward the interventions that we can deliver most rapidly for most children. And ensure that actually we're able to have this hitting the road as quickly as possible. The £1.4bn package announced by Mr Williamson includes £1bn to support up to six million 15-hour tutoring courses for disadvantaged children, as well as expanding 16-19 tuition, targeting key subjects such as maths and English. And £400m will help give early years practitioners and 500,000 school teachers across the country training and support, and schools and colleges will be funded to give some Year 13 students the option to repeat their final year. Pressed on whether he would have liked more money for the education recovery plan - with Sir Kevan said to have called for £15bn worth of help for schools and pupils - Mr Williamson said the package unveiled on Wednesday was part of a process. Just a few months ago, just three months ago, we were announcing an extra £700m worth of catch-up to support children, not just over the summer period but going into the next year, he told Sky News. Just a few months before that we were announcing a further £1bn. This is very much part of a process, continuing to build on the success of the initiatives that are already working within schools. Making sure that we build on them, we expand them so that more children are able to benefit. So, yes, we're very much looking as to how we can continue to build on that. Asked whether he had pushed the Treasury for more money for schools and pupils, Mr Williamson said that discussions right across government were held all the time. What's great is that actually both the prime minister and the chancellor and everyone is committed to making sure we take the actions that are needed in order to be able to help children benefit, he added. That's why we've continuously brought forward multiple packages of money - over £3bn we're investing in catch-up we've already announced so far. Sir Kevan himself said that supporting every child to get back on track will require a sustained and comprehensive programme of support, with the package unveiled on Wednesday offering evidence-based support to a significant number of our children and teachers. But he notably added: More will be needed to meet the scale of the challenge. The £1.4bn in new funding has been denounced as inadequate by Labour, unions and education campaigners, who claim the money pledged by the government over three years is only £50 per pupil per year. This announcement makes a mockery of the prime minister's claim that education is a priority, said Labour's shadow education secretary Kate Green. His own education recovery commissioner has all but said this plan is insufficient. Sir Kevan Collins told ministers that 10 times this level of investment was needed to help children recover. And the Education Policy Institute (EPI) think-tank, headed by former Liberal Democrat cabinet minister David Laws, claimed the government's package was dwarfed by other countries' plans. The government's education recovery package does not remotely match the scale of lost learning and is unlikely to be enough to support children to catch up on the many months of lost learning that most have suffered, he said. The EPI claims its research shows that despite pupils making some progress to recover during the autumn term, on average they were as far behind in March this year, after closures early this year, as they were in September. 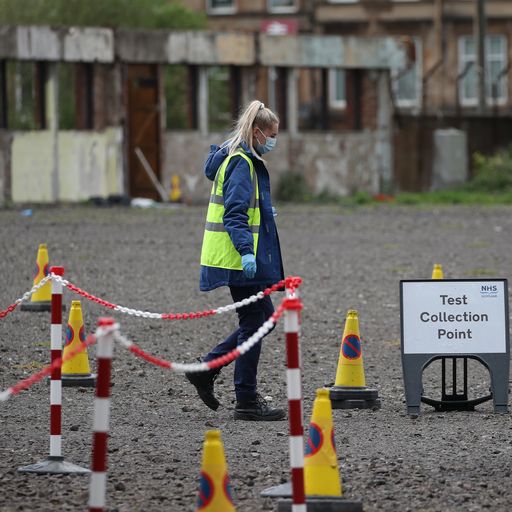 Geoff Barton of the Association of School and College Leaders (ASCL), claimed there had been a battle behind the scenes over funding between the Treasury and the Department for Education. This is a hugely disappointing announcement which lets down the nation's children and schools at a time when the government needed to step up and demonstrate its commitment to education, he said. Paul Whiteman, general secretary of school leaders' union the NAHT, said: It's a damp squib - some focus in a couple of the right areas is simply not enough. But he said the union was relieved to see that extending the school day had been shelved for now, adding: Extending the school day in particular had the potential to negatively impact on pupils' mental health, reduce family time and leave less time for extra-curricular activities. Source: https://news.sky.com/
Previous
Next
Covid-19 COVID-19: Education recovery plan Education Education News Frontlist Frontlist Education Frontlist education News Frontlist Latest news Frontlist Latest Update Frontlist News Latest news
1533