Citigroup announces retail business exit from India, 12 other countries
on Apr 16, 2021 Citigroup on Thursday said it was exiting retail banking in India and 12 other countries across Asia and parts of Europe to focus on its wealth management business, as it lacked the “scale” to compete in this space. The decision to exit retail businesses from a few markets was one of the first moves by newly appointed CEO Jane Fraser after she took over the US-headquartered bank in February. On Thursday, Citigroup, while announcing its quarterly results, said it would exit its consumer franchises in India, Australia, Bahrain, China, Indonesia, Korea, Malaysia, Philippines, Poland, Russia, Taiwan, Thailand, and Vietnam. Citigroup’s Institutional Clients Group will continue to serve clients in these markets, which remain important to Citi’s global network, the bank said in its statement. While the contours of the exit were not immediately known, Citi, sources said, had started the process of looking for a buyer. Citi India’s Chief Executive Officer Ashu Khullar said there would be no “immediate change to our operations and no immediate impact to our colleagues”. In the interim, the bank will continue to serve its existing customers. The exit is part of its ongoing strategic review, in order to direct “investments and resources to the businesses where it has the greatest scale and growth potential”. Citi will now focus its global consumer bank presence on four wealth centers — Singapore, Hong Kong, the UAE, and London. 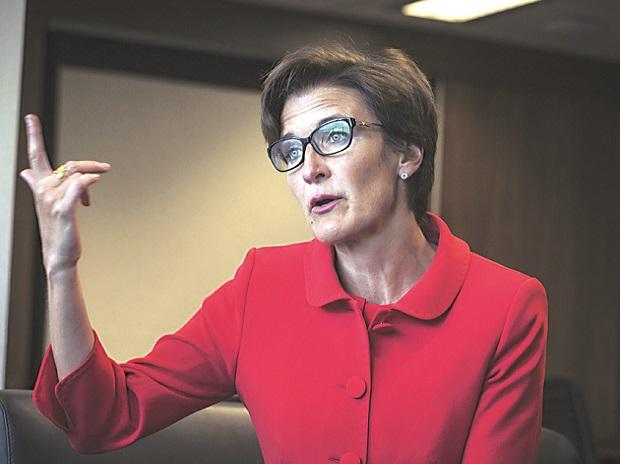 Citi’s retail exit is also in sync with other foreign banks that have closed down businesses here. Over the past few years, StanChart has sold its asset management company and closed down its institutional cash equities, equity research, and equity capital markets; JPMorgan has surrendered its NBFC licence; BNP Paribas has shut down its wealth management business; Deutsche Bank has sold its credit card business to IndusInd Bank; and HSBC has closed down its private banking business and some of its branches. UK’s Barclays Bank and South African FirstRand Bank have buried their retail dream on Indian soil. On the other hand, the Indian subsidiary of DBS of Singapore acquired Lakshmi Vilas Bank. Citibank in India was also slowly increasing its weight towards wealth management business, while lowering its dependence on the retail business. Retail banking contributed 30.6 per cent to revenue at the end of March 2020, against 37.38 per cent in 2012-13 and nearly 39.19 per cent in 2009-10. Ten years ago, India had been among the first 15 markets for the US bank; by the last decade, it rose in ranking among the top four markets, largely on the strength of corporate banking. In 2012, with a 21 per cent market share, Citibank was the No. 2 credit card issuer in India, while expenditure per card was double the industry average; it also had a 30 per cent share in e-commerce spend. By 2020, its market share slipped to around 6 per cent and the position to sixth even though average card spend remained 1.4 times higher than the industry mean. In August 2020, Citibank in India served 2.9 million retail customers with 1.2 million bank accounts and 2.2 million credit card accounts. The 119-year-old bank has 35 branches and employs over 20,000 people. The bulk of the employees are part of Citicorp Services India, an outsourcing centre that caters to different geographies of the US bank. In March 2020, Citi had Rs 2.19 trillion assets on its balance sheet and made a net profit of Rs 4,918 crore. Its gross bad loans were 1.43 per cent of the loan book and, after provisioning, net bad loans were 0.56 per cent. Its closest peer, Hongkong and Shanghai Banking Corporation (HSBC) India, posted a net profit of Rs 2,778 crore on an asset book of Rs 2.11 trillion. The bank’s bad loans were lower than those of Citi. Source: https://www.business-standard.com/
Previous
Next
banking sector india banks Frontlist indian banks Loans private banks private sector banks psu banks
1660