Children's Authors Show Off Their Treasures on 'Antiques Roadshow'

Children's Authors Show Off Their Treasures on 'Antiques Roadshow'
on May 05, 2021

It’s doubtful that a children’s book author and two author-illustrators had on their bingo cards this year a visit to their homes by professional appraisers accompanied by a film crew. But last summer, Jason Reynolds, the current National Ambassador for Young People’s Literature, Arthur creator Marc Brown, and cartoonist Mo Willems conducted show-and-tells as cameras rolled. The interviews are being broadcast on PBS this month: Reynolds’s interview aired on Monday evening, while Brown’s will air on May 10 and Willems’s on May 17.

Antiques Roadshow, the popular PBS television show renowned for featuring ordinary people discussing their most prized possessions with professional appraisers who set the items within their cultural context, faced a dilemma last year while preparing to film its 25th season this spring. Due to the pandemic, AR teams could not fan out across the country as AR has traditionally done.

“What’s important to us is that we do what we do: we appraise material culture and viewers learn a little history too,” AR executive producer Marsha Bemko explained, disclosing that filming was scheduled to take place in July and August, but Covid outbreaks throughout the country prevented travel and people congregating in close quarters. Show producers decided to flip the show’s format: it would feature celebrities, both inside and outside their homes.

“People are people, whether they’re famous or not,” Bemko pointed out. “You don’t know our guests’ names when you watch our regular show—but these people you know. People are people. That’s the magic of Roadshow and it translates here.” 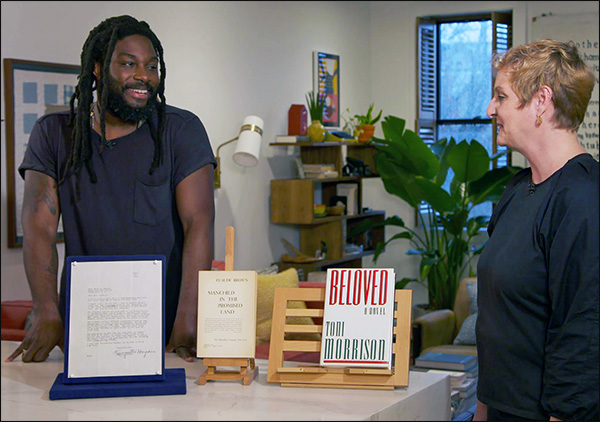 “Who could we visit with that viewers would want to meet and know more about?” Bemko recalled of the process of producing the show’s new season. “We cast a wide net.” AR searched for celebrities known for being collectors or who simply “have talked about things in a very passionate way.” Included in the process were geographic restrictions preventing AR from relying upon Hollywood movie stars and Silicon Valley millionaires: all filming had to be within a day’s drive or less from Boston, where AR is based at WGBH Studios. While Brown and Willems both live in Massachusetts, the drive to Reynolds’s home took the crew further afield, as he lives in Washington, D.C.

“We got lucky that some West Coast people were on the East Coast when we were shooting,” Bemko said of the 19 celebrities—which included actors, musicians, athletes, journalists, chefs, fashion designers, comedians, and three children’s book authors—who participated in Antiques Roadshow Celebrity Edition. “We had to keep the crew safe; it was a priority. I can’t tell you how many Covid tests people had done before and after the shoots, including the talent.”

Reynolds discussed with appraiser Devon Eastland inside his home the backstories to a typewritten letter composed by Langston Hughes in 1943 and addressed to a Miss Maria N. Randall at Sarah Lawrence College; a 1965 Macmillan ARC of Claude Brown’s Manchild in the Promised Land; and a signed first edition of Toni Morrison’s 1987 Pulitzer Prize-winning novel, Beloved.

Revealing that he bid high to win Beloved at a charity auction, Reynolds said he paid $1,000 for the novel, which the appraiser valued at $1,200, noting, “If it were a copy Morrison gave Oprah, it’d be worth a lot more,” adding that the condition of books is a major factor in appraisals.

Bemko said, “You really get to know everyone you meet on these shows, because you are going to learn about what they own, why they own it.” Noting that Reynolds has enough charisma that he could be mistaken for a television personality or an actor, Bemko added, “He’s just cool. Our viewers are going to meet him and find out how cool he is.”

One of the most moving moments in Monday’s episode had to be Reynolds’s revelation that he has framed and mounted on his wall the contents of his late grandmother’s wallet to remind him how far he has come in life. “Everything is personal,” he said, “I don’t exist in a bubble. I didn’t make this life, this life was set out, planned for me by many people who sacrificed tremendously for me to talk to you today. My grandmother would never have had this opportunity.” 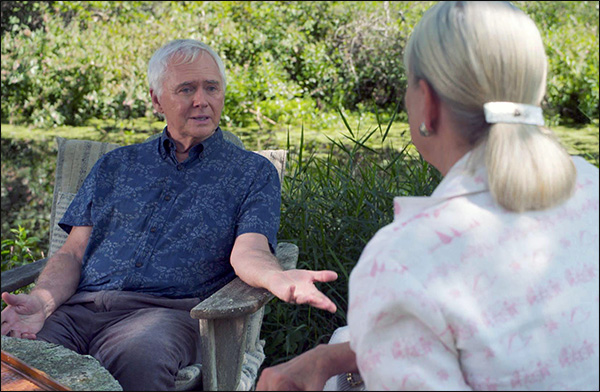 Photo by Antiques Roadshow © WGBH 2021
Marc Brown chats in his garden with appraiser Colleene Fesko about the value of his own creations.

Brown raved about his experience with AR when PW contacted him at his home, a converted sheep barn on Martha’s Vineyard—a setting Bemko described as “idyllic.” Appraiser Colleene Fesko first evaluated Brown’s own work, informing him that even the most simple illustrations he draws could be worth approximately $500 because they demonstrate his creative processes. His more complex illustrations are worth up to $10,000, Fesko said.

Fesko was followed by folk art expert Alan Katz, who appraised a few of the approximately 20 portraits painted in the 19th century that Brown and his wife, Laurie Krasny Brown, have collected for the past 35 years—including, in what Brown described as “one of the most interesting parts of the day,” an unsigned painting of a girl that the Browns bought at action for $30,000. The painting may or may not have been created by Samuel and Ruth Shute, a married team of portrait painters who traveled about New England in the mid-19th century. Katz valued the painting at $15,000 if it could not be attributed to the Shutes, and at $125,000 if it could be proved to be their work.

“It was so much fun to have them here,” Brown said, “I can’t wait to watch. I’m curious about all the other people appearing on the show this month.” 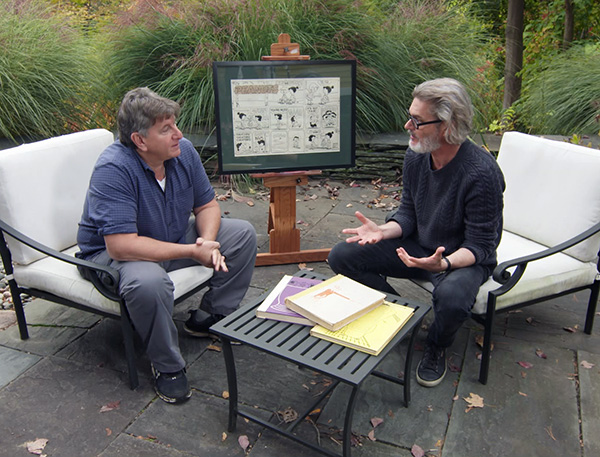 As for Willems, after discussing his philosophy concerning drawing cartoons and showing off original art he’d created, his conversation with AR appraiser Phil Weiss inside his studio focused upon “the most important thing in my creative life”—his collection of memorabilia relating to Charles Schulz, including “Sparky’s Nib,” a metal nib given him by Schulz’s widow, Jean Forsyth Clyde, that Schulz used and Willems now uses upon occasion. It was valued at $500­–$1,000 “to a Peanuts collector.” Willems then brought out the “jewel in the crown” of his Schulz mementoes: a full-page Sunday Peanuts strip published in 1954, which he’d purchased for “a couple thousand” 22 years ago. Today it would fetch, the appraiser told him, $50,000-$75,000 “and maybe more.”

While all three children’s authors know now that they could make a lot of money by selling off their treasures, the monetary value continues to be secondary to the feelings evoked by the items each is sharing with the world through AR—although Brown expressed a concern about leaving his children to pay a huge inheritance tax bill.

“It’s really cool to have all this information and think about the value of these things,” Reynolds said. “But ultimately, at the end of the day, it’s just my things; I don’t see them as any more sacred than they were before.” Willems is just as philosophical, pointing out, “Objects like this have power because you can revisit them and they mean something to you; the money doesn’t really matter.”