Frontlist | Amherst College’s LitFest: A virtual weekend of young literary lights
on Feb 26, 2021 During a pandemic that has devastated much of the arts world, writers and publishers have had to contend with their share of troubles, from canceled book tours to supply-chain problems and workplace restrictions that have delayed the publication of new work. But given that writing is still mostly a solitary exercise, and that talking about books can take place on Zoom just as in person, Amherst College is not letting COVID-19 get in the way of a campus tradition that began six years ago: LitFest. The college’s annual literary festival returns this week in a virtual format, featuring appearances by a range of established and up-and-coming writers, including the 2020 National Book Award winner for fiction, Charles Yu, and a semifinalist for that same prize, Megha Majumdar. Also on tap is journalist and historian Anne Applebaum, a 2004 Pulitzer Prize winner in nonfiction, and acclaimed poet Natalie Diaz, a MacArthur Fellow. Beginning Thursday, Feb. 25, with a spoken word slam for Amherst students, the festival’s public events get underway Friday, Feb. 26 and run through mid-afternoon on Sunday, Feb. 28. Those events include discussions and workshops on a range of writing topics and are free, but registration is required. Jennifer Acker, the founder and editor-in-chief of The Common, the literary journal based at the college, is also the chief organizer of LitFest. In a recent phone call, she said planning for this year’s festival was a challenge because it remained unclear for part of last year whether an in-person program would be possible, or if it would need to be in a virtual format. “We plan [LitFest] well in advance, so at first we thought there was a chance the pandemic might be gone by early next year and we could plan on having people come to the campus as usual,” Acker said. “Then things didn’t improve, so I was paralyzed for a bit … by the time school started again, it became clear we’d have to do it online.” But Acker, who’s also a writer — her debut novel “The Limits of the World” was published in 2019 — says she took part in some online literary events herself last spring and “they went pretty well. I thought ‘This isn’t so bad. This can work.’ ” 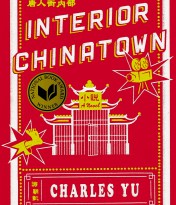 The Common released its 10th anniversary issue last fall, a special edition dedicated to work from writers who hail from the Lusosphere — Portugal and its colonial and linguistic communities such as Brazil. An online event the journal hosted for the release meant “we had people on four continents tuning in for it,” Acker said. Indeed, she says the virtual format for LitFest 2021 has enabled organizers this year to bring in Applebaum, an American writer who lives in Poland and has written extensively about Eastern Europe and the former Soviet Union. Her newest book, “Twilight of Democracy,” looks at the recent rise of right-wing politics and authoritarian tendencies in countries such as Poland, Hungary, the U.S. and Great Britain. Applebaum “is someone we probably wouldn’t have been able to bring here in person,” Acker said. “And as nice as it is to hear [writers] speaking in public, with the online format we’re able to extend our reach to a lot of people who couldn’t have attended [LitFest] in person.” How it began Acker says LitFest started as a collaboration between The Common, the college and the National Book Foundation, which presents the annual National Book Awards and also brings nominees and winners of those awards to colleges to speak (that program is called National Book Awards on Campus). “The idea was to draw on the college’s literary tradition and to expand on having [National Book Award] writers coming to campus,” she said. Indeed, the school can lay claim to a long list of acclaimed writers drawn from the student body and faculty: Robert Frost, Richard Wilbur, David Foster Wallace, Robert Stone, Charles Mann and many others. As such, Charles Yu, whose novel “Interior Chinatown” won the 2020 National Book Award for fiction, will be joined Friday at 7 p.m. for a conversation with Megha Majumdar, a native of India who now lives in New York. Majumdar’s debut novel, “A Burning,” was long-listed for a National Book Award and won widespread acclaim for its exploration of class, fate, and political corruption in India. Another rising new writer, poet Tommye Blount of Michigan, is the author of “Fantasia for the Man in Blue,” a finalist for a 2020 National Book Award in poetry. He’ll be in conversation Feb. 27 at 11 a.m. with poet Natalie Diaz, another 2020 National Book Award finalist and a member of the Gila River Indian Tribe. Acker says among the 30 featured participants in this year’s LitFest are a number of Amherst alums (she’s one herself) who have gone on to careers in writing and editing, including Chris Bohjalian, class of 1982 (21 books such as the novels “Midwives” and “The Sandcastle Girls”); Edward A. Farmer, class of 2005 and author of the 2020 novel “Pale”; and Michael Gorra, class of 1979, a Smith College professor (and Pulitzer finalist) whose most recent book, “The Saddest Words,” is a study of the work of William Faulkner.
The event will also feature readings by recent Amherst graduates and current students who have been interns with The Common. As Acker puts it, “We want to cultivate that next generation of writers.” In addition, she notes that the stepped-up participation at this year’s LitFest of Amherst writing alums is a nod to the college recognizing its 200th anniversary this year. “We began thinking about that a couple of years ago, thinking of LitFest in the context of the bicentennial and how that could be an expression of the college’s literary traditions.” The festival features a number of others poets as well as editors, publishers, and a Broadway talent: reg e gaines, the author/lyricist of the Tony Award-winning musical “Bring in ‘da Noise, Bring in ‘da Funk.” Another discussion will focus on the essays of the Russian-American poet Joseph Brodsky, who taught at Mount Holyoke College and in the Five College system in the 1980s and 1990s. Even if people can’t be there in person, Acker is hopeful this year’s LitFest “can be a place where our alumni and anyone, really, wherever they are, can be part of an exciting program.” Read More: No Further Reduction In CBSE Class 10 Social Science Syllabus: Official Source: Gazette
Previous
Next
Author Authors Bestseller Book book news Covid-19 Education News Frontlist Book News Frontlist India Frontlist India news Frontlist Latest Frontlist News Publishers WORLD Writers
2114

Narayan, the author of Kocharethi in Malayalam, has died at the age of 82