10 New Books We Recommend This Week

Our recommended novels this week will transport you to midcentury England (Shirley Hazzard’s reissued “The Transit of Venus”) as well as to some wholly imaginary lands: a fictional African village in Imbolo Mbue’s “How Beautiful We Were,” an unnamed and haunted tourist destination in Jamie Figueroa’s “Brother, Sister, Mother, Explorer,” a dream version of Transylvania in Gyorgy Dragoman’s “The Bone Fire.” The setting of Patricia Lockwood’s “No One Is Talking About This” — the first two-thirds of it, anyway — is essentially a fictional version of Twitter, which in real life already feels two steps removed from real life. And yet the novel, like all of these novels, still captures something beautiful and true. “The mind we were in was obsessive, perseverant,” Lockwood writes at one point. “But worth remembering: The mind had been, in its childhood, a place of play.”

PLUNDER: A Memoir of Family Property and Nazi Treasure, by Menachem Kaiser. (Houghton Mifflin Harcourt, $27.) Kaiser, the descendant of Polish Jews, is a young writer who grew up in Toronto. “Plunder” is about what happens after he takes up his Holocaust-survivor grandfather’s battle to reclaim an apartment building in Poland that the family owned before the war. “Kaiser is a reflective man on the page, with a lively mind,” our critic Dwight Garner writes. “‘Plunder’ has many moods and registers. It acquires moral gravity. It pays tender and respectful attention to forgotten lives. It is also alert to melancholic forms of comedy.”

THE TRANSIT OF VENUS, by Shirley Hazzard. (Penguin Books, $18.) Hazzard’s 1980 novel has been reissued with an introduction by Lauren Groff. The plot follows two orphaned Australian sisters who arrive in England in the 1950s. Placid, fair Grace marries a wealthy and officious bureaucrat. Independent, dark-haired Caroline falls in love with an unscrupulous (and attached) man. Hazzard challenges us “to read with an intensity matching her prose,” our critic Parul Sehgal writes. It’s a novel “about our gorgeous and distressing human confidence, the way we march around, plucky protagonists in our minds, armed with horrifyingly partial knowledge of the motivations of those around us.”

HOW BEAUTIFUL WE WERE, by Imbolo Mbue. (Random House, $28.) Mbue’s quietly devastating second novel — about a fictional African village with high mortality due to an American oil company’s pollution — charts the ways oppression, be it at the hands of a government or a corporation or a society, can turn the most basic needs into radical acts. “What starts as a David-and-Goliath story slowly transforms into a nuanced exploration of self-interest, of what it means to want in the age of capitalism and colonialism — these machines of malicious, insatiable wanting,” Omar El-Akkad writes in his review. “Mbue has created a place and a people alive with emotional range.”

BROTHER, SISTER, MOTHER, EXPLORER, by Jamie Figueroa. (Catapult, $25.) Figueroa’s fablelike debut novel follows adult siblings in an unnamed Spanish-speaking country, who perform for tourists to make a living. It shows how these picturesque people in “exotic” lands have lives as complex as anyone’s, with fewer resources to help them cope. “Even those of us who resist magical realism might accept, maybe even celebrate it in this beautifully crafted, poetic book,” Esmeralda Santiago writes in her review. “Having read ‘Brother, Sister, Mother, Explorer,’ maybe the next time you travel, you might recall that what you see is not all there is. You might see yourselves as Jamie Figueroa sees you, apart from and yet a part of our common human condition.”

NO ONE IS TALKING ABOUT THIS, by Patricia Lockwood. (Riverhead, $25.) This singular novel by Lockwood, a lauded memoirist and poet who first gained a following on Twitter, distills the experience of life online while transfiguring it into art. The result is a book that reads like a prose poem, at once sublime, profane, intimate, philosophical, witty and, eventually, deeply moving. “Lockwood is a modern word witch, her writing splendid and sordid by turns,” Merve Emre writes in her review. “The chief virtue of the novel is how it transforms all that is ugly and cheap about online culture — the obsession with junk media; the fragmentary and jerked presentation of content; the mockery, the snark; the postures, the polemics — into an experience of sublimity.”

FOUR LOST CITIES: A Secret History of the Urban Age, by Annalee Newitz. (Norton, $26.95.) Like a guide to vanished places, this book offers archaeological clues to our urban roots, from the little-known Catalhoyuk (a 9,000-year-old city located in today’s Turkey) to the famed Pompeii, with its exquisitely preserved brothels and bars and graffiti. “The theme of how cities die runs as a dark undercurrent through the book,” Russell Shorto notes in his review. “The operative lesson from the past, at least from this curated offering of former metropolises, seems to be that human culture is a plastic thing. Rather than lamenting the fragility of our current urban structures, we might do better figuring out how to bend and shape society for the future.”

THE BONE FIRE, by Gyorgy Dragoman. Translated by Ottilie Mulzet. (Mariner, paper, $16.99.) Set in the aftermath of a revolution, this Hungarian novel considers how superstitions rise in times of turmoil. On one level, it’s a coming-of-age story about a 13-year-old orphan and her eccentric grandmother navigating personal and political crises; on another, it’s a tale of ghosts, folklore and ancient memory. “That this slippery narration — a risky choice — not only propels the story forward but also resonates with the book’s themes of instability and skewed perception is a testament to Dragoman’s powers,” Rebecca Makkai writes in her review. “He reaches back to folklore but also speaks to this artistic moment, in which genre and its ancestral roots permute and enrich highly regarded capital-l Literature.” 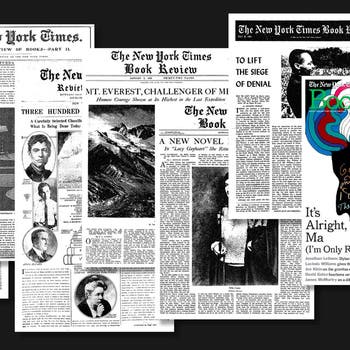 THE DEVIL YOU KNOW: A Black Power Manifesto, by Charles M. Blow. (Harper/Harper Collins, $26.99.) Blow makes the provocative argument that Black Northerners should move south in a reverse migration as a way of fighting white supremacy and increasing their political power. Tanisha C. Ford, in her review, calls the book an “affirmation of Black Americans as a formidable political bloc with whom the nation must reckon” and “a helpful introduction for those seeking to make sense of fractious political debates about race and voting rights in the South.”

ANIMAL, VEGETABLE, JUNK: A History of Food, From Sustainable to Suicidal, by Mark Bittman. (Houghton Mifflin Harcourt, $28.) Bittman’s treatise on agriculture is urgent but realistic about the challenges facing us. “You can’t talk about food,” he writes, “without talking about income inequality, racism and immigration.” Bittman “clearly relishes the mad ambition of his undertaking,” Ted Genoways writes in his review, “often buoying the reader across waves of information with the sheer momentum of his narrative.”

TWO TRUTHS AND A LIE: A Murder, a Private Investigator, and Her Search for Justice, by Ellen McGarrahan. (Random House, $28.) In 1990, as a reporter, McGarrahan attended the execution of a convicted murderer. But questions about the crime inspired her to switch careers and take a closer look. “McGarrahan’s obsession with rooting out the truth in the case leads her (and her unfailingly loyal husband) to Florida, Ireland and Australia, where she tracks down any detail that might potentially help her know what happened,” Kate Tuttle writes in her review. “‘Two Truths and a Lie’ is often extremely entertaining, but there’s a deep pain in its core.”